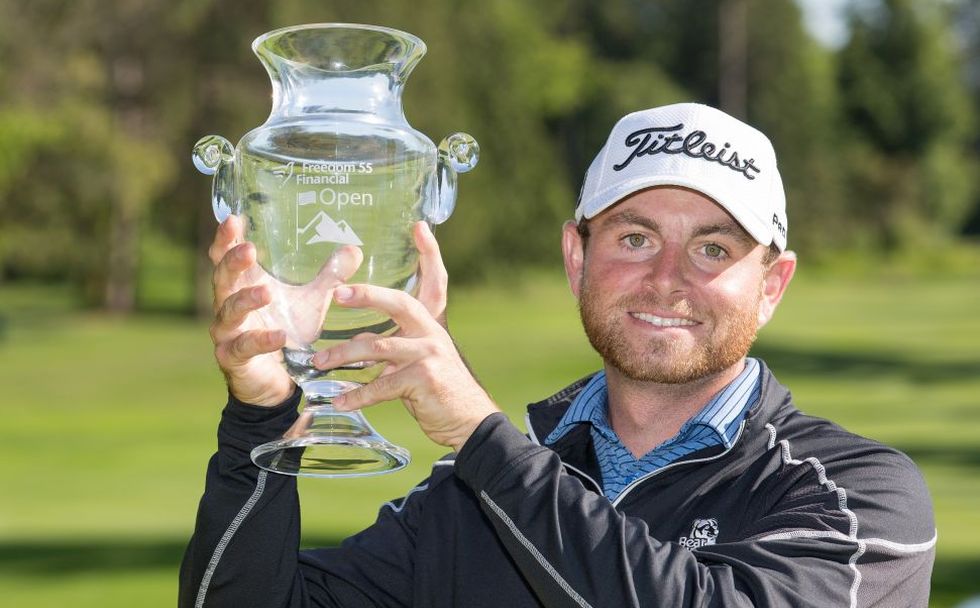 VANCOUVER, BC, CAN - Dan McCarthy from Syracuse, NY won the Freedom 55 Financial Open on the Mackenzie PGA Tour Canada. Dan finished the week with a 15-under par total of 273 (68-66-69-70) that included a birdie at the par-5 18th hole. Dan was tied with Tyler McCumber of Ponte Vedra Beach, FL through 71 holes. Tyler hit it in the greenside bunker in 2 while Dan was on the front of the green in 2 some 85 feet from the hole. McCumber failed to get up and down from the bunker and Dan managed to lag his long eagle putt to tap in distance for the victory.

McCarthy has won 46 times on the Minor League Golf Tour and amassed $137,029 in career earnings since joing the tour in 2007.

Tyler McCumber has played two events on the MLGT and finished T2 both times.

Congratulations Dan on a great week. Keep up the good play!