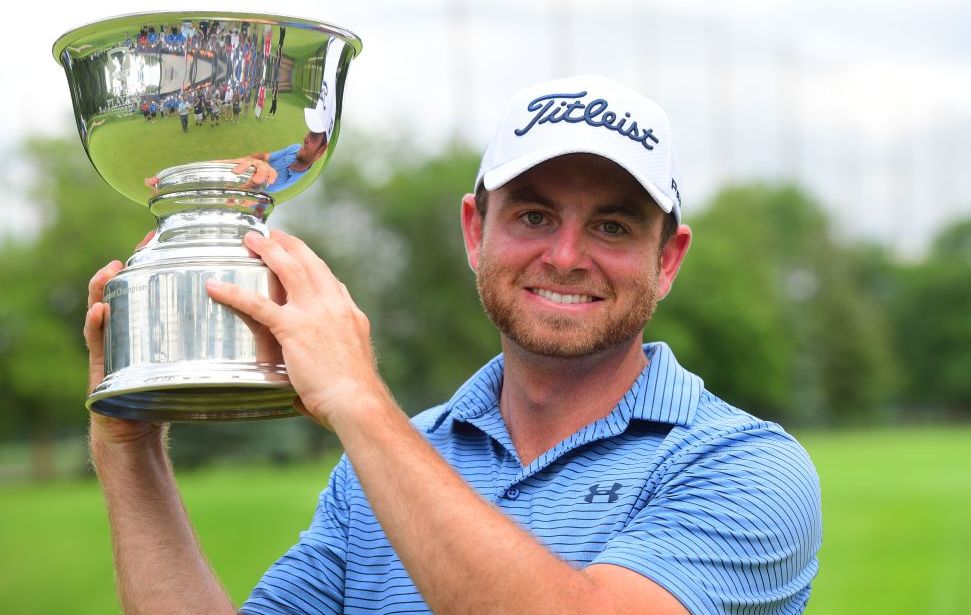 WINNIPEG, MB, Canada - Dan McCarthy from Syracuse, NY and Palm Beach Gardens, FL, wins for the 3rd time in just 5 starts this year on the Mackenzie PGA Tour Canada. Dan carded rounds of 66-64-65-64 for a 25 under par total of 259 and a 7 shot win at the Players Cup at Niakwa Country Club in Winnipeg, Canada.

Dan entered the final round with a 5 shot lead and never relinquished it. He birdied 3 of the first 6 holes Sunday and closed with a final round of 64 and a 7 shot win. Dan did not make a bogey during the final 36 holes of the Players Cup.

This win locks up his spot in the top five on the Order of Merit which means Dan will graduate to the Web.com Tour in 2017. It also earns him a spot into the RBC Candian Open in 2 weeks. If he can finish the season a top the Order of Merit he will earn full status and be able to pick his own schedule next year.

Below is Dan after birding the par 5 10th hole during the final round. 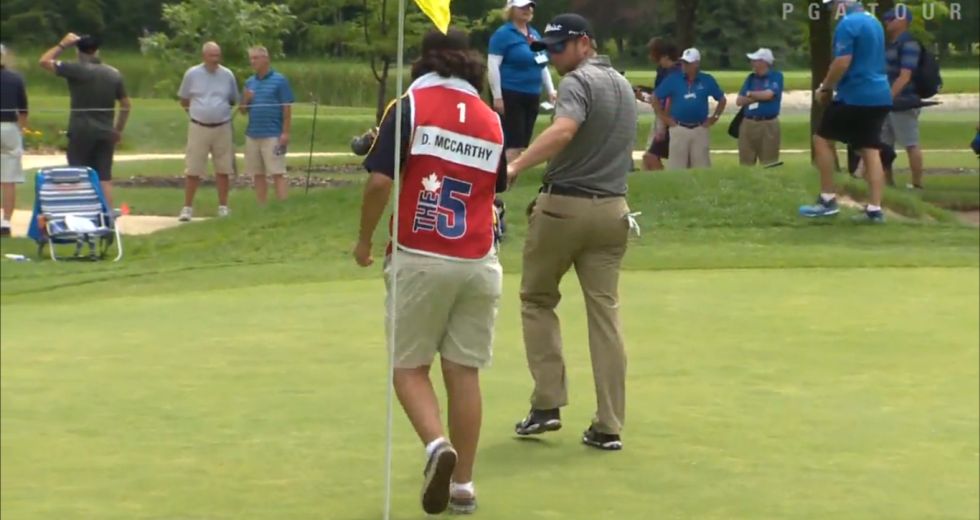 In a phone interview after the final round, Dan said "The Minor League Golf Tour has taught me alot about myself and my game and how to close out tournaments coming down the last few holes." Dan has won 46 times on the MLGT amassing $137,029 in earnings since 2007. Forty of Dan's forty six MLGT victories were 1 day events. Dan also has 46 second place finishes on the MLGT. He said he has learned a lot about his game from being in contention so many times.

In 2015, the Minor League Golf Tour ran 113 tournaments, 103 of which were one round tournaments. And that's not by accident. Jay Slazinski founded the MLGT in 2004 with a distinct vision that he thought would help the players. And that was to get them to feel what it's like to be in contention on the back nine as often as possible. If a player picks a schedule of 10-20 three and four day events throughout the year, he/she might get into contention on the back nine of the final round once or twice the entire year. If that same player played 6-10 one day tournaments each month throughout the year he/she is likely to be in contention much more often and learn what it's like and learn from every success and failure.

Congratulations Dan on a record breaking season on the Mackenzie PGA Tour Canada. The Minor League Golf Tour couldn't be more happy for you and is looking forward to watching you compete on the 2017 Web.com Tour!