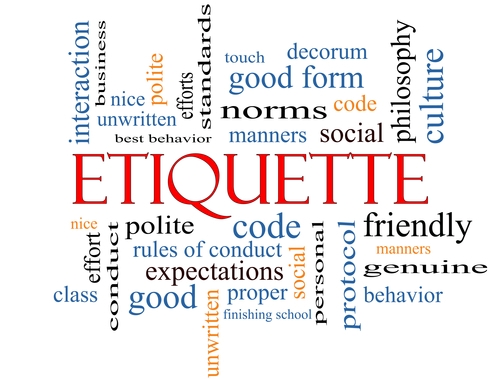 As we are working on our summer schedule we just had a venue that has hosted the MLGT for over a decade decline our request to host an event this year because of an incident that happened at one of our events at that facility last year.

Players often ask why the MLGT doesn't run events on the nicest clubs in our area. Well there are many reasons but this is a big one.

When a member of the club or a member of the professional staff sees one of our players throw a club, slam a club in the ground, curse loudly, damage golf course property you can imagine it doesn't help our chances of being invited back. It is a favor for a club to host our events, plain and simple. We ask for a discounted rate, we play in threesomes when the public plays in foursomes which means the club is discounting our rate and getting one less player per group, our players generally don't spend money in the golf shop and restaurant like members and public players do, our players chew up the range more than regular golfers do. So clubs aren't generally excited to host our events but a lot do because they want to support the up and coming golfers. But when we have an incident at a club from one of our players acting inappropriately it's a pretty easy decision for a club to say no thanks when we ask to have a future event there.

So next time you hit a bad shot control your temper because you're not just affecting yourself, the course and the players in your group, you're affecting players that want to play in a future event at that host venue.

We already have less venues available due to the state of the golf industry right now. Both public and private courses have never been busier. We can't afford to lose venues over player's behavior.

It goes without saying that players will face disciplinary action when a MLGT staff member sees a player breaking our conduct unbecoming a professional policy but think twice about who else it affects besides yourself.

One more thing...we know players schedules change and you need to withdraw from an event once in a while but please let us know a few days before the event if you need to withdraw. We are having 10-20 players withdraw the day before the event almost every event. And many players aren't even letting us know they aren't planning on playing. They wait until we reach out to them when we see they haven't paid and then they tell us they aren't coming. Courses are busier than they have ever been and every tee time is very valuable. We try very hard to keep healthy relationships with our host venues so we can continue to run this tour for you. As you can imagine when we have the space reserved for 51 players because we have 50 signed up and then 13 players withdraw the day before and we have to tell the host venue we only have 37 players now it doesn't make them want to continue hosting our events.

We have the friendliest withdraw policy of any professional golf tour in the United States. We would hate to have to change it to be more penalizing but if things don't change we will have to.

Thank you for your attention to these matters and please help us run a good tour for you.