WEST PALM BEACH, Fla. – Justin Peters of Stuart, FL turned back the clock again Thursday, winning the 10th match play championship of the Minor League Golf Tour. Peters beat David Sanders of Mt. Laurel, N.J., 1-up for the title on the Estate course at PGA National. That was also the site of his 2007 victory, 5 and 3 over Richard Terga, and where he lost to Greg O’Mahony 2 and 1 in the 2009 finals. 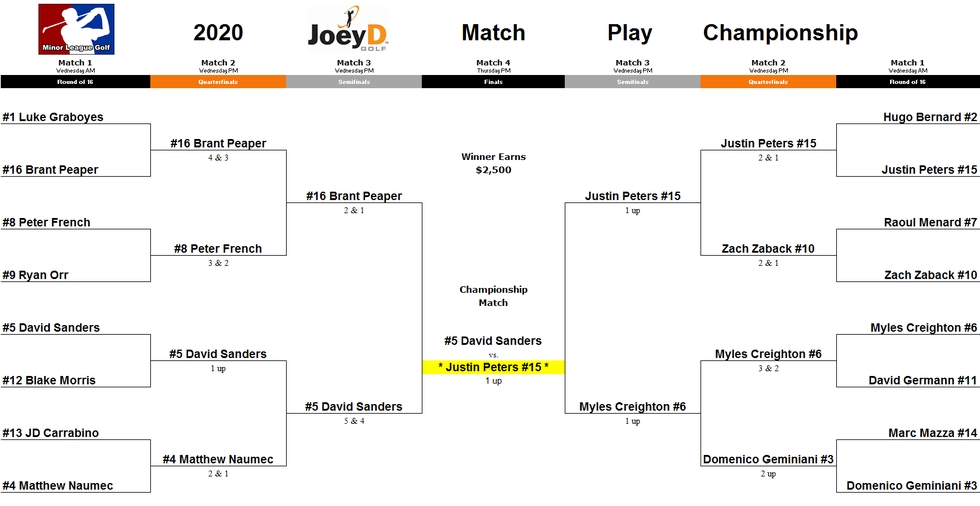 It was Peters’ 44th MLGT victory since September, 2006, about two years after the South Florida-based mini-tour began. Peters and Sanders were even through 17 holes. At the par-5 18th, both were close to the green in two, Sanders chipped to 15 feet, Peters to 3 feet. Sanders missed and Peters sank his birdie for the win. 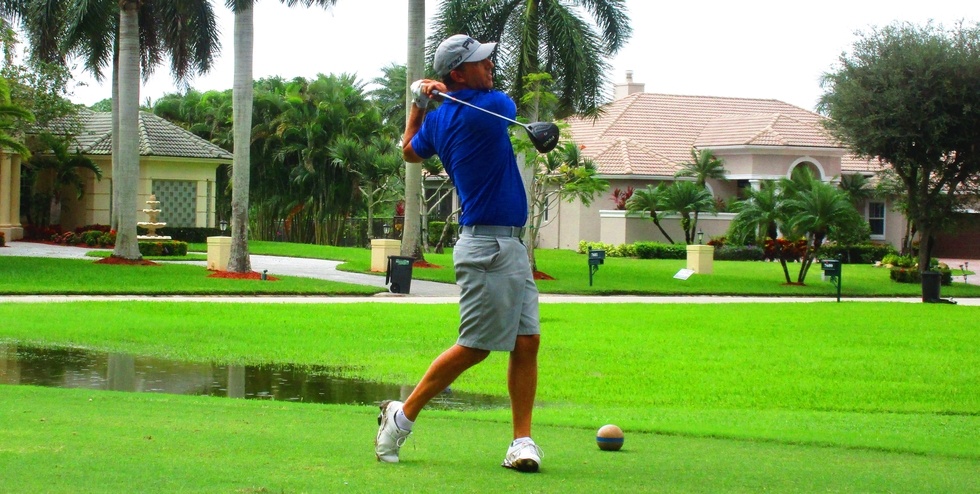 In the semifinals Thursday morning, Peters edged Myles Creighton of Digby, Nova Scotia, also 1-up, and Sanders took down Brant Peaper of Tequesta, 6 and 5. Peters received $2,500 from the $14,725 purse. Sanders collected $1,700, Peaper and Creighton $1,200 apiece.

A big thank you to PGA National Golf Club and it's membership for hosting and Joey D Golf for sponsoring the event. 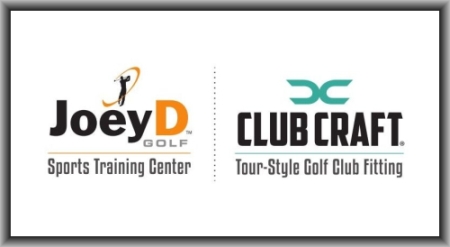 Tuesday's 18 hole Seeding Round will determine the 16 players that qualify for Match Play. The round of 16 begins Wednesday morning. Joey D Golf is adding $1,000 to the purse! 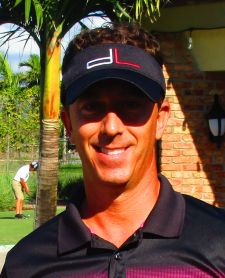