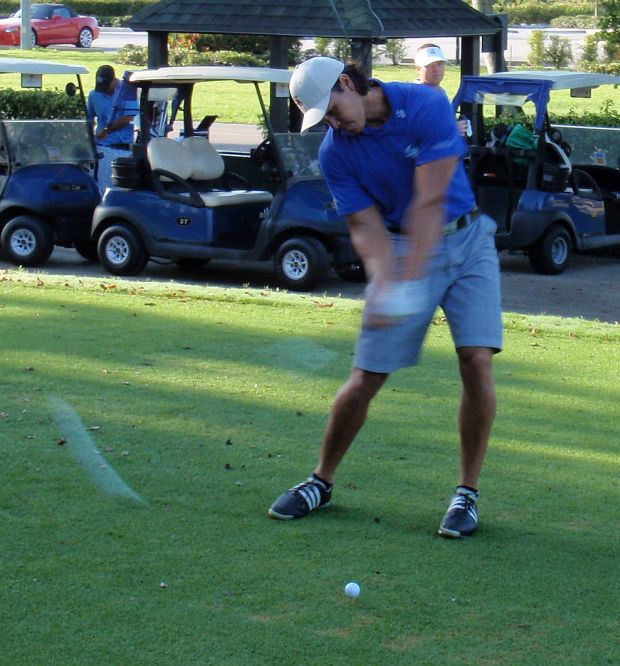 LAKE WORTH, Fla. – Pierre-Henri Soero of Palm Beach Gardens made three consecutive birdies on the front nine Tuesday and held on for his 14th victory on the Golfslinger.com Tour. Soero, 28, finished with a four under par 67 on the West course at Fountains Country Club. After birdies on the sixth, seventh and eighth holes, he made two birdies and a bogey on the back nine.