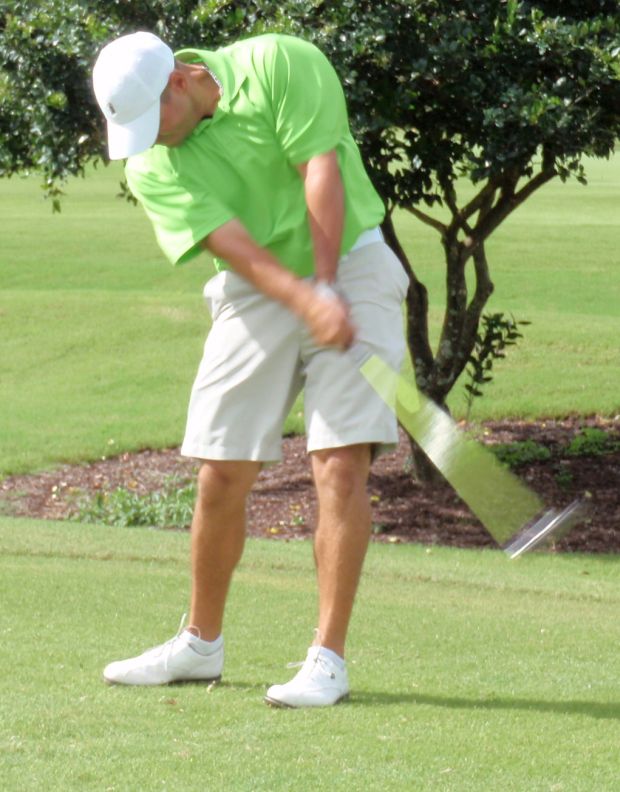 PLANTATION, Fla. – Brandon Smith of West Palm Beach edged Matt Springer of Palm City by a stroke Thursday to earn his 13th victory on the Golfslinger.com Tour, his fourth this year. Smith nipped Springer 70 to 71 on the East course at Jacaranda Golf Club. Smith had four birdies and three bogeys, Springer four birdies and four bogeys.

Tim Turpen and Sunny Kim started the round and final day of the 4th $1,000 Nationwide Monday Bonus Contest with Kim leading Turpen by 2 shots.   The format of this contest was total score for the six days, like Q-School Finals. (in this case it was only 5 rounds due to the rainout yesterday at NPB CC)

Kim's lead disappeared on the first hole when he made double bogey, and Turpen grabbed a 1 shot lead on the second hole. Sunny pulled even with a birdie on #4 and extended his lead back to 2 shots through 7 holes. Turpen eagled the par-5 ninth and birdied the par-5 11th to bring the contest back to even, then moved ahead by 1 when Kim bogeyed the 12th hole. Kim proceeded to beat Turpen by 1 shot per hole on the next four holes, and managed to hold off Turpen by 2 shots to claim the bonus. Along with Sunny Kim and Tim Turpen, Devin Kay also shot 72, and finished tied for third place.

The Golfslinger’s 60th tournament of the year drew 17 starters and returned $2,652 in prize money. It was the final event before a 17-day summer break. Play resumes July 9 at Jupiter Country Club.