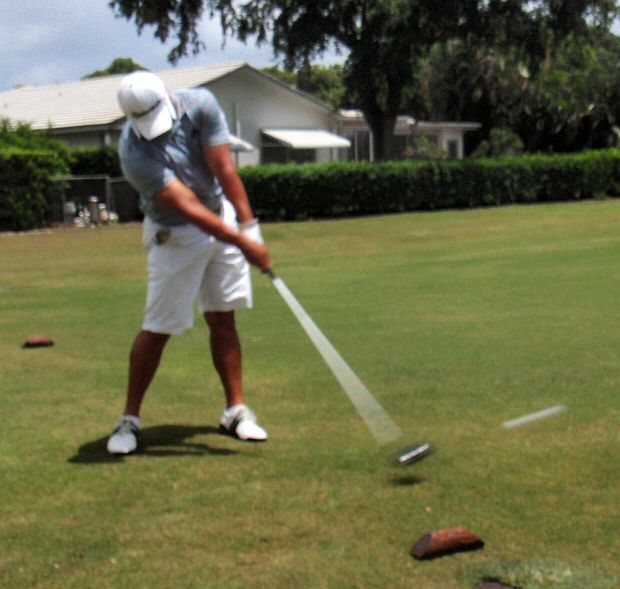 NORTH PALM BEACH, Fla. – Sunny Kim of Palm Beach Gardens eagled the 13th hole to go with three birdies on each nine Tuesday at North Palm Beach Country Club to win for the 21st time on the Golfslinger.com Tour.

Hugo Leon of Tequesta, a native of Chile, posted a bogey-free four under par 67 to claim second among 33 starters. His birdies were at the ninth, 11th, 12th and 13th holes. He received $575.

Next on the schedule will be Quail Ridge-North on Thursday.