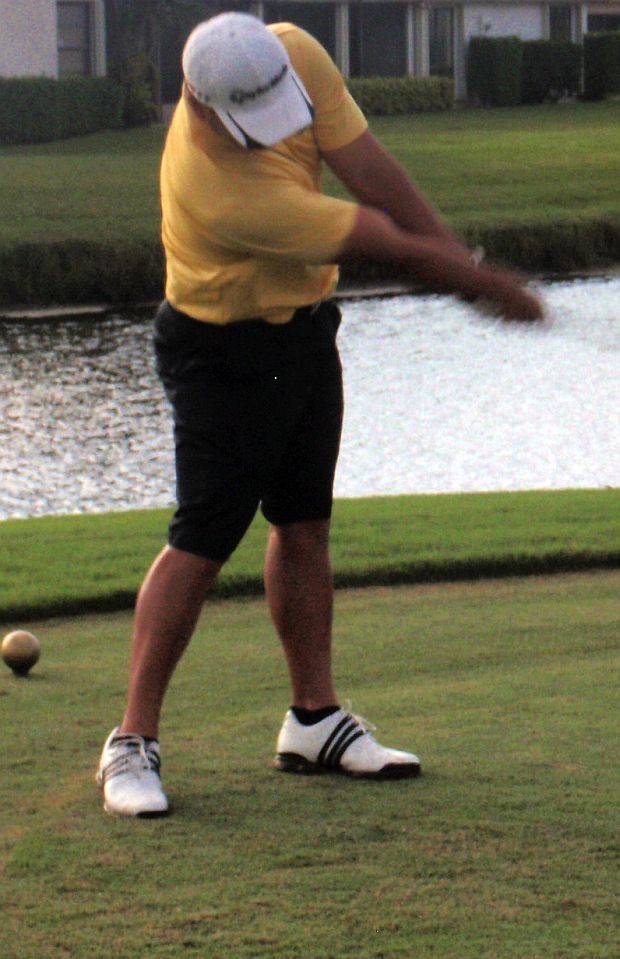 Playing in the final group of the day, Kim had to wait out a brief, 10-minute rain delay to save par for a one-stroke victory over Jimmy Lytle of Ocean Ridge. Lytle tied for second in Kim’s two wins last week.

With Lytle already atop the leaderboard at 69, Kim returned to the 18th fairway when play resumed and hit his second shot into a greenside bunker. He then hit a 20-yard sand shot to about three feet and made his par putt for the win.

Last week, Kim won a 36-hole tournament at Winston Trails GC and an 18-hole event at North Palm Beach CC. Brian Anderson of Rochester, Ill., was the last player to win three Golfslingers in a row, in April 2010. Kim’s next chance comes Tuesday on the Champion course at PGA National. The tour record is five consecutive wins by Jimmy Jones of West Palm Beach in November and December, 2004, Golfslinger’s first season.