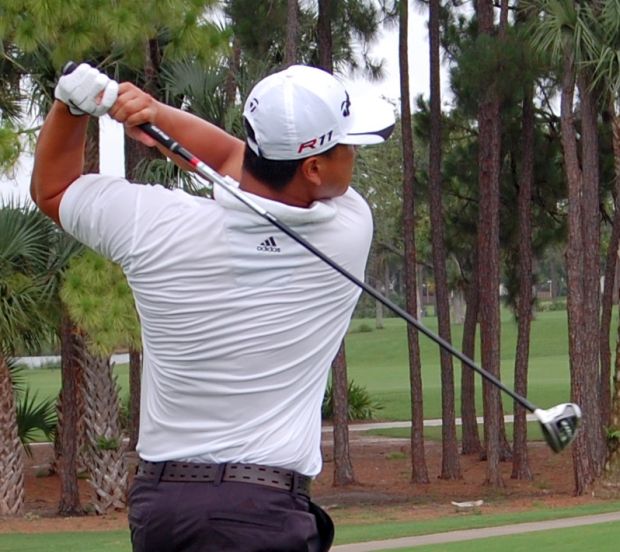 PALM BEACH GARDENS, Fla. – Sunny Kim of Palm Beach Gardens continued to move up all of the statistical leaderboards on the Golfslinger.com Tour by winning again Tuesday.

It was his fourth straight victory, all this month, and the first to come in a playoff as he beat Jeff Bors of St. Simons Island, Ga. They tied at two under par 70 on the Champion course at PGA National, home of the PGA Tour’s Honda Classic in March. The playoff lasted one hole as Kim made birdie from the back bunker at the par-5 10th hole. Bors parred from a bunker right of the green.

On Thursday at The Falls CC west of Lake Worth, Kim will have his chance to match the Golfslinger record of five consecutive wins in 2004, the first season, by Jimmy Jones, currently the tournament director. Kim ranks fourth all-time with 25 wins.