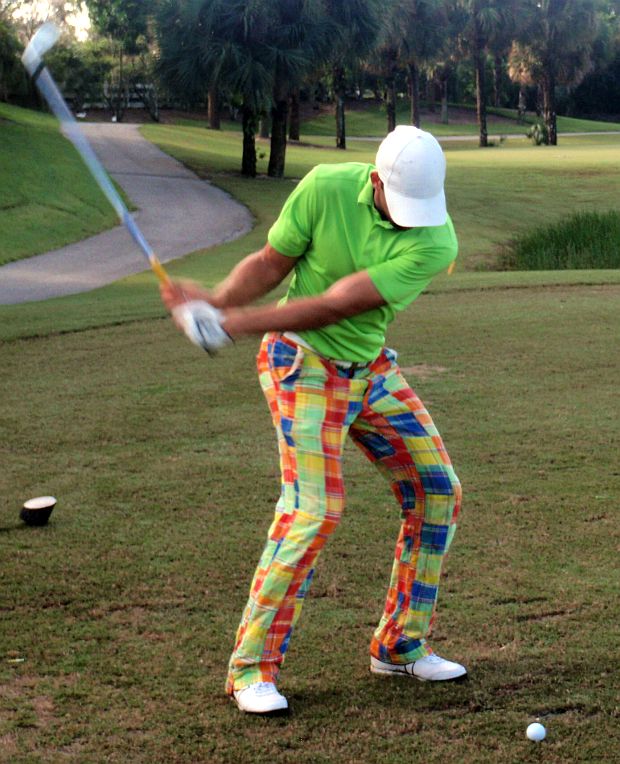 LAKE WORTH, Fla. – Ben Silverman of Thornhill, Ontario, shot a streaky, eight under par 63 on the North course at Fountains Country Club Monday for his sixth victory on the Golfslinger.com Tour, his fourth since Aug. 12.

Silverman birdied three holes starting at No. 6, then eagled the 11th and birdied the 12th and 13th. Overall, he made seven birdies and a bogey in addition to the eagle at the short, par-5 11th hole.

Also highlighting Monday’s play, Geoff Lee of Palm Beach Gardens shot 29 on the back nine, which he played first, carding an eagle at the 11th hole and four straight birdies starting at No. 15. He finished with 38-67, tied for third among 21 starters. Also, Kenny Leech of Boca Raton posted 69 for fourth place in his first start as a pro, earning $310. A former Grandview Prep and junior golf star, Leech graduated from Longwood College in Virginia earlier this year.

North Course****ATTENTION: EVERY PLAYER MUST SELF PARK IN THE VALET LOT***ALSO, SHOES MUST BE CHANGED EITHER IN THE LOCKER ROOM, BEFORE YOU ARRIVE, OR AT THE REGISTRATION TABLE***THANK YOU FOR YOUR COOPERATION***