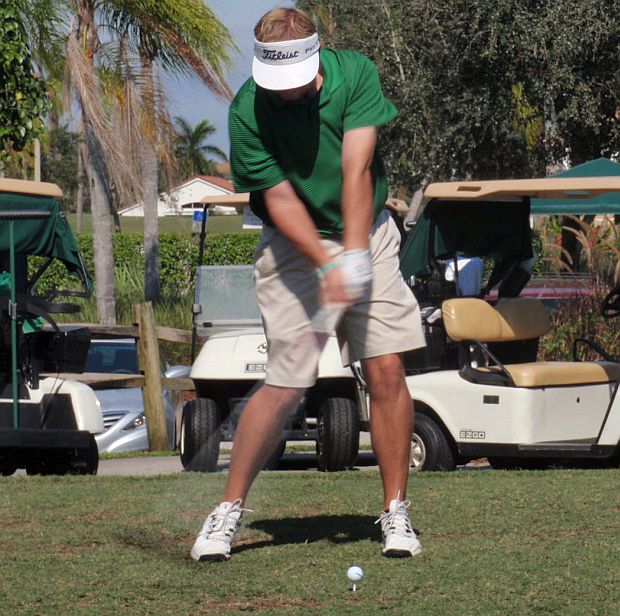 LAKE WORTH, Fla. – Dan McCarthy of Syracuse, N.Y., beaten by Sunny Kim of Palm Beach Gardens in a playoff Monday at Hammock Creek, got his revenge Tuesday at Winston Trails. McCarthy won with a two-putt par from 20 feet on the second playoff hole after tying with Kim at seven under par 65. They halved the first extra hole with par-4s.

It was McCarthy’s seventh Golfslinger win since October, 2007, his second in his last three events. McCarthy received $1,000 from the $3,672 purse, raising his career earnings to $25,127. McCarthy has collected $2,450 in the past week. Kim beat McCarthy and Will Coleman of Kensington, Md., at Hammock Creek in Palm City with a birdie on the first playoff hole after they tied at 66. McCarthy was also the winner Nov. 2 at the Champions Club in Stuart.

In regulation, neither McCarthy nor Kim made a bogey. Five of McCarthy’s seven birdies came in a six-hole stretch starting at No. 11. Kim eagled the par-4 first hole and added five birdies to finish second among 27 starters. Both McCarthy and Kim have advanced to second stage qualifying next week for the PGA Tour in 2013.

The Golfslinger.com Tour next plays Thursday at Ocean Breeze in Boca Raton.