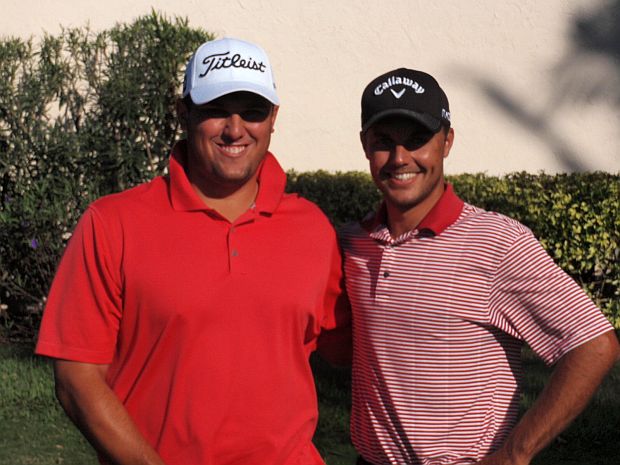 JUPITER, Fla. – Greg O’Mahony of Tequesta sank a 12-foot birdie putt on the first extra hole Thursday as he teamed with Eric Cole of Orlando to win the final tournament of the year on the Golfslinger.com Tour.

O’Mahony and Cole edged Jonathan Orchin of Jupiter and Jhared Hack of Sanford after they tied at 14 under par 67 in the fourth annual Team Trilogy, three formats on three nines on the par-3 Jupiter Dunes Golf Club course.

The field started on the 10th hole with scramble, played modified alternate shots on the front nine, then four-ball stroke play on the back and in the playoff.

This was the 122nd tournament of the year for the Golfslinger Tour, 955 since starting in August, 2004. The 10th season will open Jan. 7 on the Estate course at PGA National.