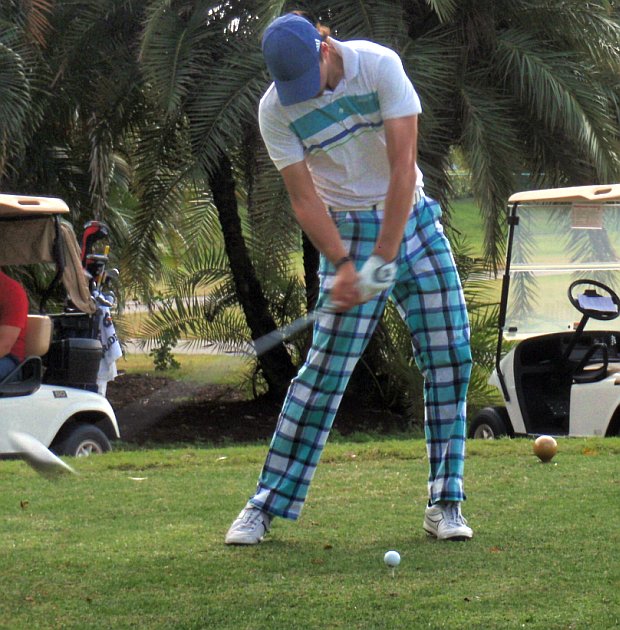 LAKE WORTH, Fla. – Ben Silverman of Thornhill, Ontario, sank an 18-foot birdie putt on the first extra hole Monday to win a Golfslinger.com Tour event on the North course at Fountains Country Club. Moments earlier at the par-4 16th hole, Jimmy Lytle of Ocean Ridge missed birdie from 20 feet. They had tied at six under par 65.

Gustaf Kocken of Stockholm, Sweden finished 3rd with 68, earning $675 followed by 6 players who tied for fourth at 2-under par 69.

There were 69 entries for the tournament which was played on one of the courses to be used Feb. 21 for a pre-qualifier for the PGA Tour’s Honda Classic Feb. 28-March 3 at PGA National in Palm Beach Gardens. A second pre-qualifier site, the Links at Madison Green in Royal Palm Beach, will also host a Golfslinger tournament Feb. 19.

ATTENTION: #1 & #10 Tee Start///// the North Course that will be used for the PGA Tour Honda Classic Pre-Qualifier