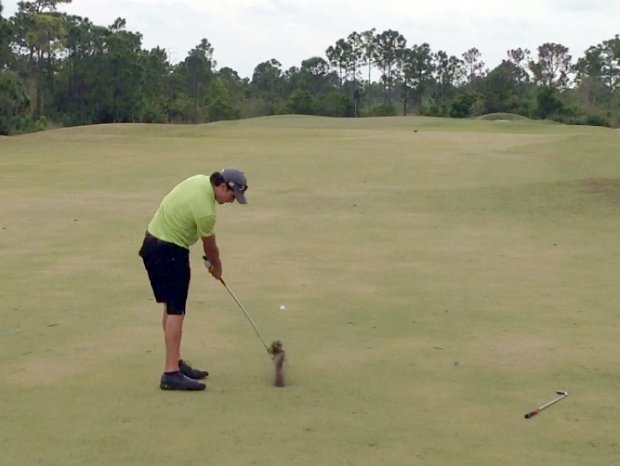 STUART, Fla. – Jimmy Lytle of Ocean Ridge earned his 35th Golfslinger.com Tour victory Monday in a playoff with Mark Baldwin of Laconia, N.H., who is still looking for his second.

After they tied at one under par 71 at the Champions Club, Lytle won with par-4 on the first extra hole. In regulation, Lytle had three birdies, two bogeys, a double bogey at the par-4 10th hole and eagled the par-5 18th for 36-35. Baldwin carded 34-37 on five birdies, two bogeys and also doubled the 10th hole.

Baldwin, second among 17 starters, received $500. His previous Golfslinger victory was in February, 2009, at Fountains CC-West. He won the New Hampshire Open in 2006.

Golfslinger has played 28 tournaments this year and 983 since starting in August, 2004. Two more events are scheduled this week, Tuesday at Ironhorse CC, West Palm Beach, and Thursday at Fountains CC-South, Lake Worth.