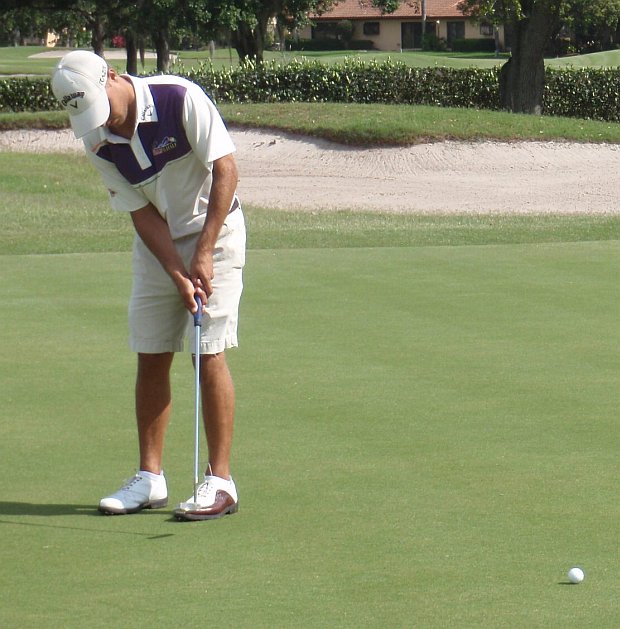 PALM CITY, Fla. – Eric Cole of Orlando fired a six under par 65 Thursday on the Osprey Creek course at Martin Downs Country Club to claim his eighth victory on the Golfslinger.com Tour. The son of former touring pros Bobby Cole and Laura Baugh, Eric, 24, received $900 from the $4,860 purse. He’s earned $23,928 since joining Golfslinger in August, 2009.

There were 36 entries in Golfslinger’s 41st tournament of the year. The Tour plays its second “major championship” of the year Tuesday and Wednesday at Abacoa Golf Club in Jupiter with a $10,000 first place check for the winner.