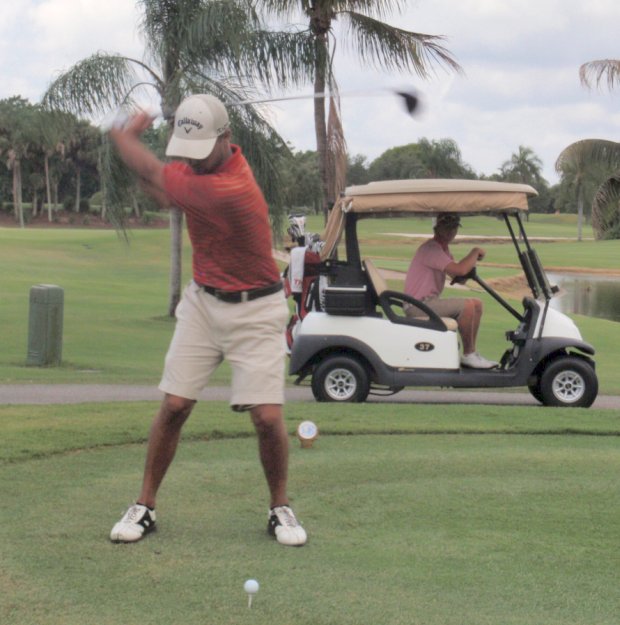 LAKE WORTH, Fla. – Eric Cole of Orlando birdied the second playoff hole Friday to earn his ninth victory on the Golfslinger.com Tour. Cole, Michael Kartrude of Royal Palm Beach and Ben Silverman of Thornhill, Ontatio, had tied at four under par 68 at The Falls Country Club. They halved the first hole with birdie-4s, then Cole was the only one to birdie the par-4 second. In regulation, Cole and Silverman each made five birdies and a bogey, Kartrude six birdies and two bogeys.