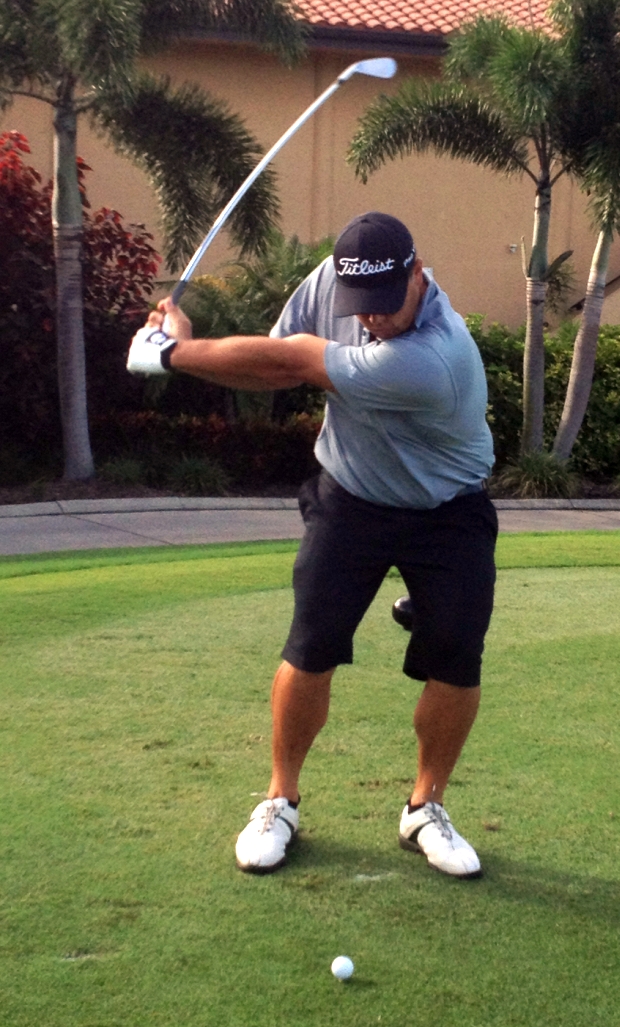 Trailing Rafael Campos of Puerto Rico by 66-67 following the opening round Monday, O’Mahony birdied the second and third holes Tuesday. He made $5,000 from the $13,365 purse. Campos had three straight pars in the second round.

There were 36 starters in Golfslinger’s 65th tournament of the year. Next on the schedule is an 18-hole event Thursday at North Palm Beach Country Club.

Rafael Campos fired a 6-under par 66, leads Greg O'Mahony by 1
Jason Parajeckas is 2 back, followed by David Guy and Mike Kartrude at 69

PALM BEACH GARDENS, Fla. - Playing the same course that hosts the PGA Tour's Honda Clasic, Rafael Campos shot a 6-under par 66 to lead the 2-Day GOLFslinger/MLGT event by 1 shot over Greg O'Mahony who finished the first round at 5-under par 67.

Jason Parajeckas is in third place by himself at 4-under par 68, followed by David Guy and Mike Kartrude at 69. Last weeks $6,000 first place Major 3 winner Jonathan Bartlett is tied for sixth with Will Coleman and Brett Lange at 70.

40% Payout. Come play where the PGA tour plays the Honda Classic. $5,000 Guaranteed 1st place at any number of players.