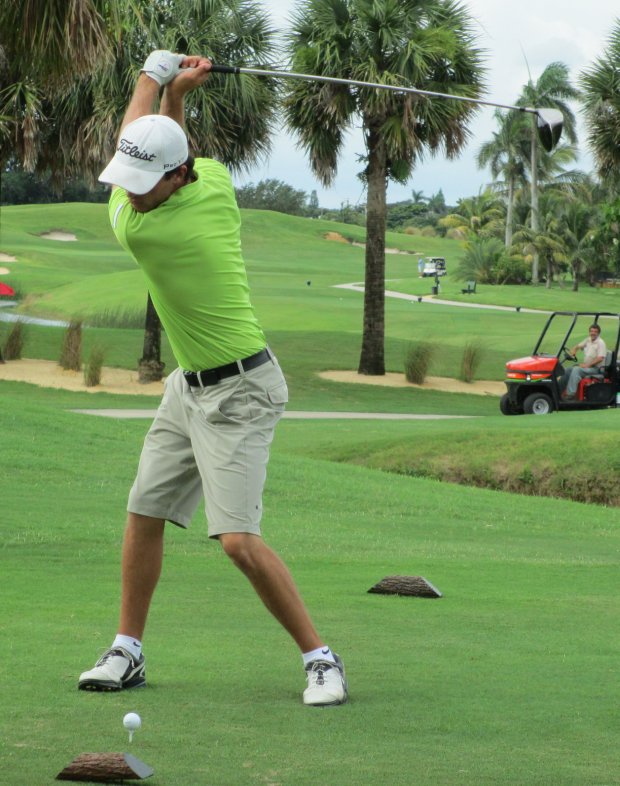 NORTH PALM BEACH, Fla. – After a double bogey at the par-4 ninth hole, Jimmy Lytle of Ocean Ridge birdied the next four enroute to a three under par 68 Thursday at the North Palm Beach Country Club for his 36th victory on the Golfslinger.com Tour.

The career record for Golfslinger victories is 37 by Steve LeBrun of Palm Springs, who is now on the PGA Tour. Sunny Kim of Palm Beach Gardens is the tour’s leading money winner with $131,743, followed by Lytle and LeBrun, third at $106,394.

Playing partner Zack Shriver of Marysville, Wash., matched par 71 and was second among 16 starters. He birdied the first and 13th holes, bogeyed the fifth and sixth, and collected $525.