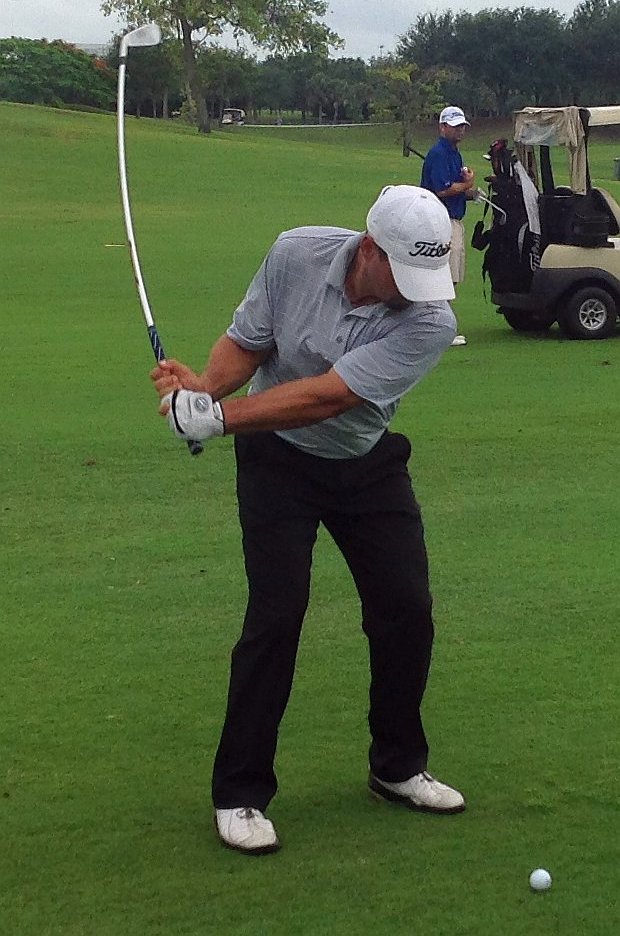 JUPITER, Fla. – Brandon Smith of West Palm Beach birdied the third extra hole Wednesday to earn his 16th win on the Golfslinger.com Tour. Smith outlasted Ryan Armour of Jupiter after they tied at six under par 66 at Abacoa Golf Club.

In the playoff, they halved the first hole with par-4s after Smith got up and down from the front bunker. The also halved the second with birdie-4s after Armour's eagle putt came up about 1 inch short. At the par-4 third, Smith sank an six footer for the win moments after Armour had missed his 8 foot birdie opportunity. In regulation, each made seven birdies and a bogey and both birdied the par-5 17th.

Smith received $800 from the $3,996 purse, raising his career earnings to $58,014. An insurance office manager, Smith started playing on the Golfslinger Tour as an amateur in October, 2005, winning twice before turning pro at the start of the 2010 season. Before that, he won twice in Palm Beach County Golf Association events, the Junior-Senior with Dann Merrell in 2005 at Abacoa and the 2009 Stroke Play at Banyan.

Armour, second among 27 starters in the 57th tournament of the year, collected $650.