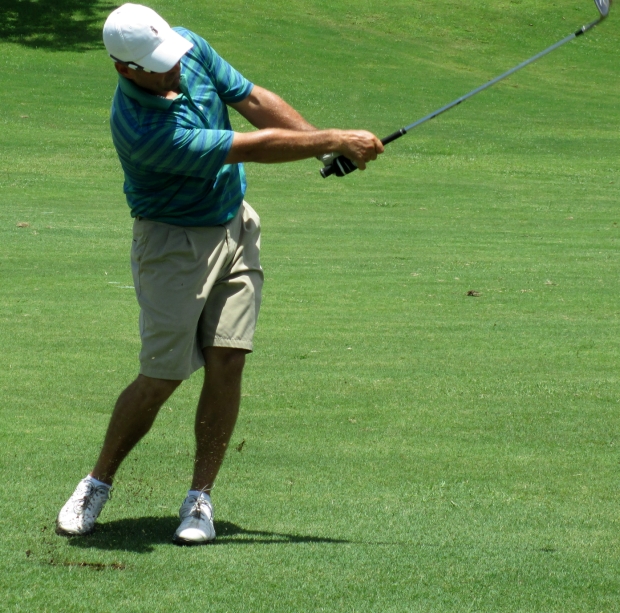 LAKE WORTH, Fla. – Brandon Smith of West Palm Beach won a playoff with par-4 on the fourth extra hole Thursday for his 18th victory on the Golfslinger.com Tour, his second this week. Smith outlasted Zack Shriver of Marysville, Wash., after they tied at four under par 67 on the North course at Fountains Country Club.

They halved the first three holes with par-5, par-4 and birdie-4. But both missed the green at the fourth hole. Shriver chipped and missed a five footer for par. Moments later, Smith sank his winning putt for par from about eight inches. In regulation, Smith eagled the par-4 16th hole and added four birdies and two bogeys while Shriver had five birdies, four on the last eight holes, and a bogey.

Smith received $400 from the $1,020 purse, raising his career earnings to $58,448. He played in his first Golfslinger event as an amateur in October, 2005, and won twice before turning pro in January, 2010. Smith won Monday at Abacoa GC and was second Wednesday at Breakers West. Shriver, second among 13 starters, collected $275. He won his first Golfslinger title back on Oct. 3.