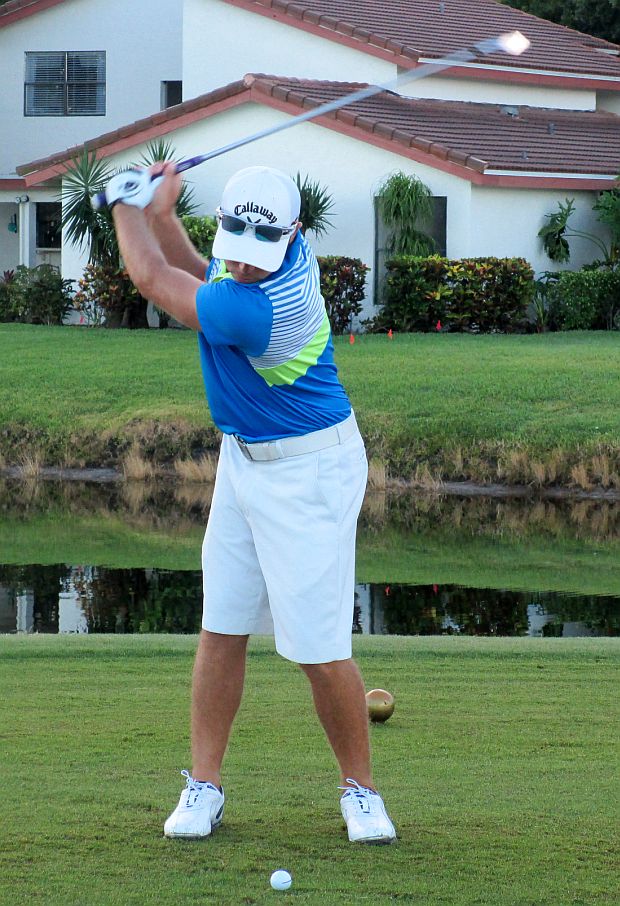 BOYNTON BEACH, Fla. – Brandon Meltzer of Melville, N.Y., claimed his first victory as a professional golfer when he birdied the first playoff hole Monday on the East course at Indian Spring Country Club. He had double bogeyed the same hole, the par-5 first, to start his round of golf earlier in the day.

Meltzer outlasted Andy Golden of Davie and Felipe Velazquez of Venezuela after they tied at two over par 74. It’s the highest winning score on the Golfslinger.com Tour since Sept. 13, 2011, also a 74, by Warren Jurkowitz of Aventura on the Links course at Bear Lakes CC in West Palm Beach.

Now a resident of Boca Raton, Meltzer turned pro earlier this month prior to the Florida Open in Vero Beach where he missed the 36-hole cut.

Golden was the only one of the three who had previously won a Golfslinger tournament, on June 12, 2012, on the same course with 71. There have been 70 Golfslinger events this year, 1,025 since the tour started in August, 2004.

Next on the schedule is a 36-hole tournament Wednesday and Thursday on Jacaranda GC’s East course in Plantation.