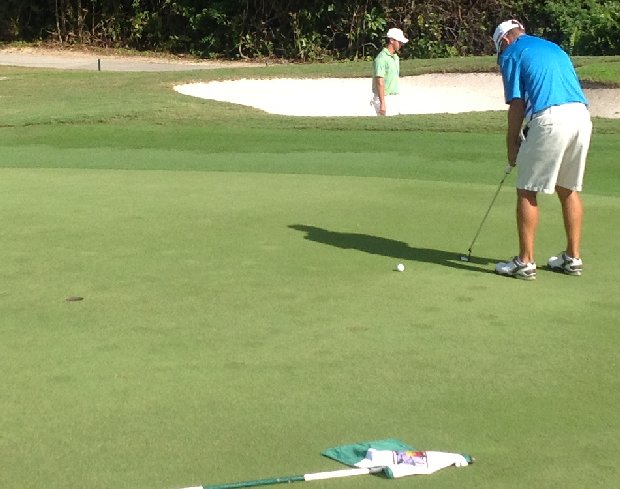 PLANTATION, Fla. – Justin Peters of Stuart fired a four under par 67 Monday to earn his 37th victory on the Golfslinger.com Tour. This equals the career record shared by Steve LeBrun of West Palm Beach and Jimmy Lytle of Ocean Ridge. LeBrun played on the PGA Tour the past season. Lytle is still a Golfslinger regular, shooting 72 Monday to tie for eighth.

Playing the East course at Jacaranda Golf Club, Peters made six birdies, including three in a row from the 14th hole, and one bogey on each nine. He won by three strokes over a quartet of players who shot 70 to tie for second among 47 starters.