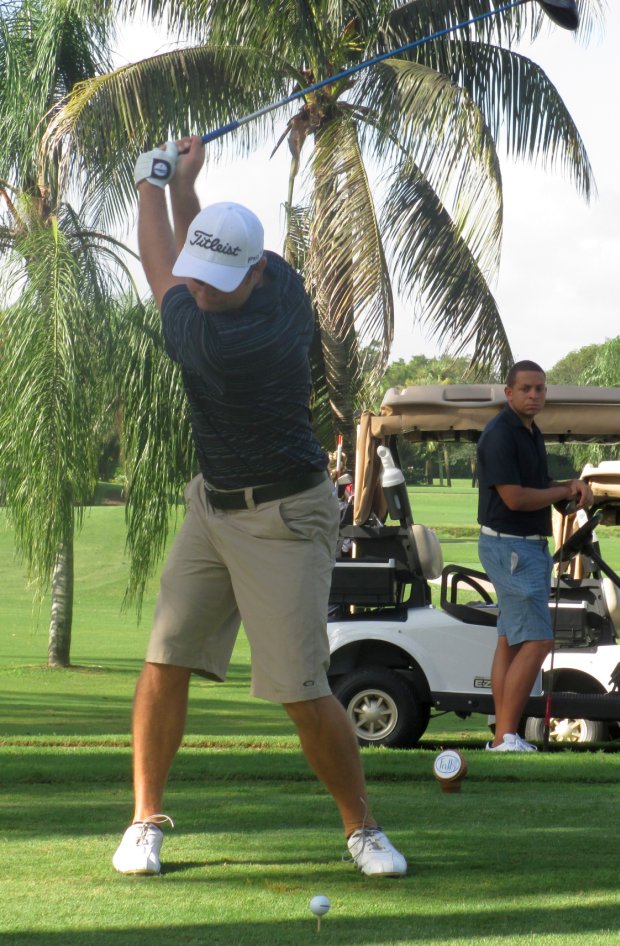 PLANTATION, Fla. – Dan McCarthy of Syracuse, N.Y., made five birdies on the front nine Monday and held on for his 18th victory on the Golfslinger.com Tour. At five under par 66, he beat Collin Neeman of Waterloo, Ill., by two strokes on the East course at Jacaranda Golf Club. Overall, McCarthy made six birdies and a bogey and earned $600 from the $1,950 purse. Neeman shot 68 and was second among 15 starters in Golfslinger’s 99th tournament of the year. He received $500.

Golfslinger play resumes with a 36-hole tournament Wednesday and Thursday on the Estate course at PGA National in Palm Beach Gardens.