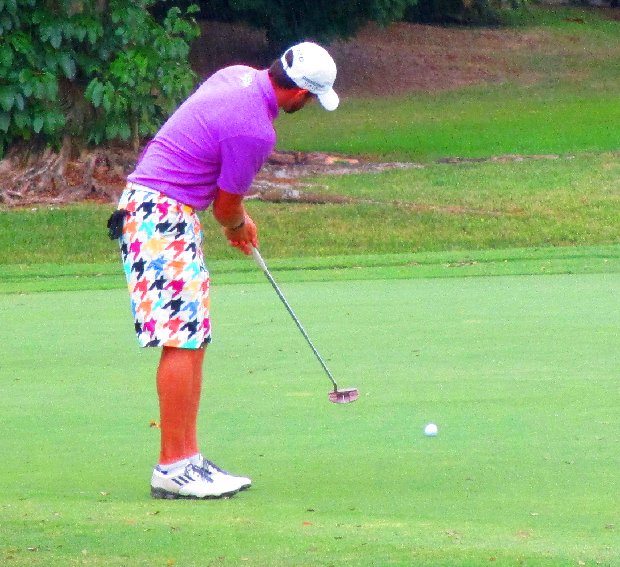 CORAL SPRINGS, Fla. – Ben Silverman of Thornhill, Ontario, won his second straight start on the Golfslinger.com Tour with a four under par 68 Monday at the TPC Eagle Trace. He birdied the last two holes on each nine and overall made five birdies and a bogey to win by three shots. It was Silverman’s 16th Golfslinger victory since September, 2010, including last Thursday (Oct. 31) at Winston Trails GC west of Lake Worth. He earned $570 from the $1,585 purse here, raising his career total to $71,838 in three years.