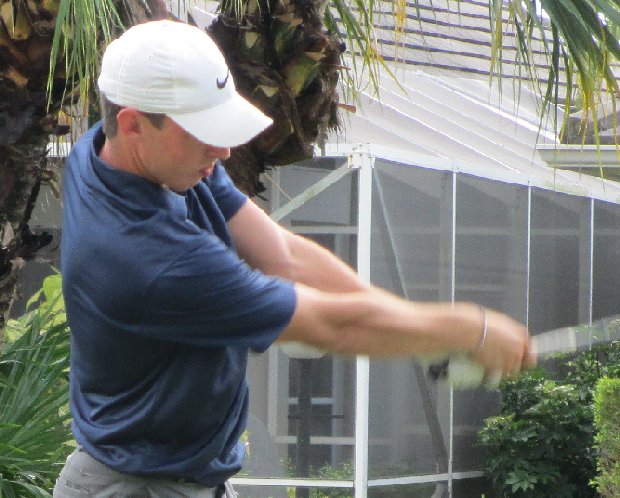 ATLANTIS, Fla. – Ian Thimble of Hyde Park, Mass., who wasn’t even close in two previous starts on the Golfsinger.com Tour, was the winner Thursday with a birdie on the first playoff hole at Atlantis Country Club.

Thimble edged Ben Silverman of Thornhill, Ontario, and Derek Fathauer of Jensen Beach, who played the PGA Tour in 2009 and the Web.com Tour in 2012 & 2013, after they tied at nine under par 63. Thimble won with birdie at the par-3, 100-yard 10th hole. In regulation, each player made an eagle and seven birdies, but no bogeys.

Called the “59 Challenge,” the tournament would have awarded a $1,000 bonus to be spilt amungst players who shot 59 or lower. The course was set up at 5,350 yards, compared to 6,610 yards for a regular Golfslinger event in January. Four of the 10 par-4s and all four par-5s were shortened to be reachable in one or two strokes.

Jerry Tucker, a top local instructor, had the best shot at shooting 59 through 9 holes (he was -6 with a bogey) and the best chance of shooting his age. Tucker, also an accomplished player, has competed in 9 Senior PGA Championships and twice each in the U.S. Senior Open, Senior British Open, PGA Championship and U.S. Open.   After his blazing start, Tucker cooled off on the back nine finishing in a tie for 5th place with a 7-under par 65, missing shooting his age, 64, by 1 shot.

Thimble, who was runner-up at the 105th Mass. Amateur Championship back in July, struggled in his two Golfslinger starts last month, shooting 78 at Abacoa GC and 79 at Winston Trails GC before regaining his form here. He received $625 from the $2,772 purse. Silverman and Fathauer, tied for second among 22 starters, collected $502.50 apiece. 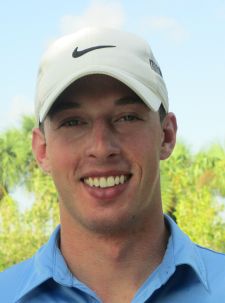