39th Victory put Justin Peters back on top of GOLFslinger Career Wins List
His 8-under par 64 was 3 clear of Greg O'Mahony and Billy Peel
Wednesday, February 12, 2014 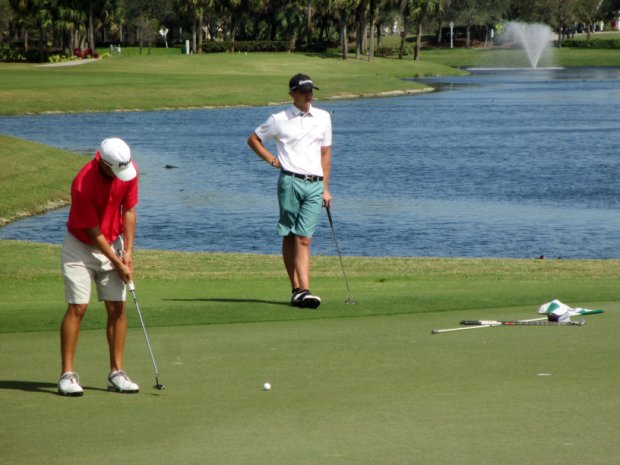 JUPITER, Fla. – Justin Peters of Stuart regained the top of the list of winners on the Golfslinger.com Tour with his 39th victory Wednesday. Peters shot an eight under 64 at Abacoa Golf Club, winning by three strokes. He had been tied with Steve LeBrun of West Palm Beach, who most recently won a three-round “major” Feb. 4-6 at the Country Club of Coral Springs.

Tied for second at 67 among the 75 starters were Greg O’Mahony of Tequesta and Billy Peel of Palm Beach Gardens. Eric Cole and Jimmy Lytle tied for fourth, while Evan Beirne of North Haven, CT and Brian Fister of Lexington, KY tied for 6th with Monday's winner Dan McCarthy at 3-under par 69.

A rare weekend tournament is next on the schedule, Saturday at Fountains CC-North, Lake Worth.