Eric Cole and Horacio Leon shoot 62, Cole birdies 2 of 3 playoff holes for win
Cole made 10 birdies plus 2 more in the playoff
Monday, June 9, 2014 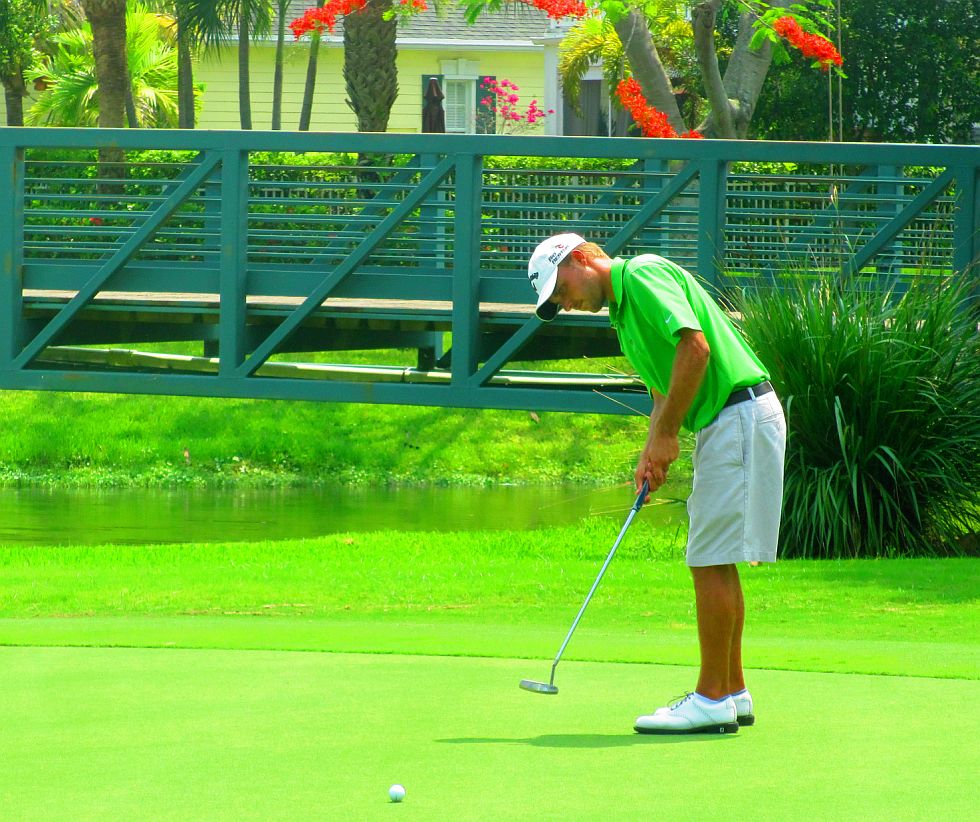 JUPITER, Fla. – Eric Cole of Orlando birdied the third playoff hole Monday to claim his 17th victory on the Golfslinger.com Tour. Cole and Horacio Leon of Santiago, Chile, had tied at 10 under par 62 at Abacoa Golf Club.

After they halved the first extra hole with par-4s and the second with birdie-4s, Leon hit his drive into a lake at the par-4 third hole. He still salvaged par with a 25-foot putt. Then Cole sank a three footer for the win. In regulation, Cole made five birdies on each nine (Nos. 1, 12, 4, 6 and 8, then 10, 11, 15, 17 and 18). Leon finished about 20 minutes later with birdies on the last five holes and 11 birdies and a bogey at the par-3 fourth hole altogether.

Cole and Leon missed the all-time Golfslinger record of 61, set by Justin Peters in 2008, matched by Pierre-Henri Soero and Terry Burke in 2010, and equaled again this year by Steve LeBrun on Feb. 6 in the final round of a 54-hole tournament at CC of Coral Springs. This was Golfslinger’s 61st tournament of the year and No. 1,139 since beginning in August, 2004.

Another 18-hole tournament is scheduled Tuesday at Abacoa. Players who paid an additional entry fee will be eligible to share in a separate 36-hole purse for both days. Golfslinger also plays Thursday at the Champions Club in Stuart.