Brandon Smith birdies the 1st extra hole for the win!
Brendan Barrack of Toronto had tied with Smith at 4-under par 68
Thursday, April 3, 2014 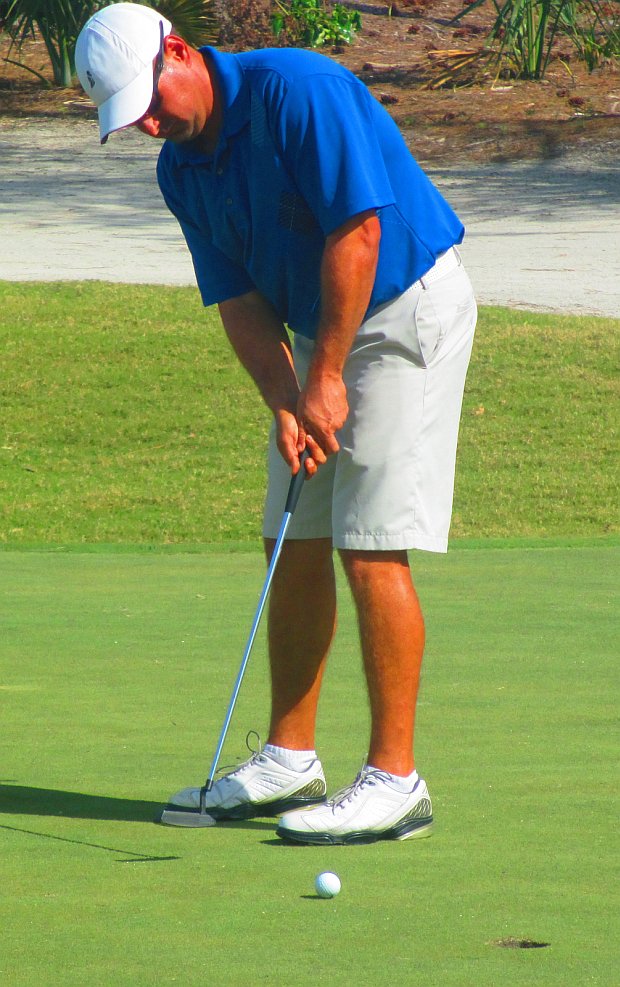 ROYAL PALM BEACH, Fla. – Brandon Smith of West Palm Beach birdied the first extra hole Thursday on the Links at Madison Green to win for the 25th time on the Golfslinger.com Tour.

Smith edged Brendan Barrack of Toronto, Ontario, who was making just his sixth Golfslinger start and cashing his third check. They had tied at four under par 68. Moments after Barrack saved par-4 from a bunker at the first hole, Smith sank a four-footer for the win.

Barrack collected $575, more than twice as much as he had received from two earlier checks, $570.48. He eagle the par-5 11th hole and had four birdies and two bogeys, finishing second among 34 starters.

Golfslinger has scheduled a two-day tournament Monday and Tuesday on the West course at Fountains CC, followed by an 18-hole event Friday at PGA National’s Estate course.