Eric Cole birdies last 2 holes to surge past Michael Kartrude
Kartrude played in the first pairing of the the Tournament
Monday, April 14, 2014 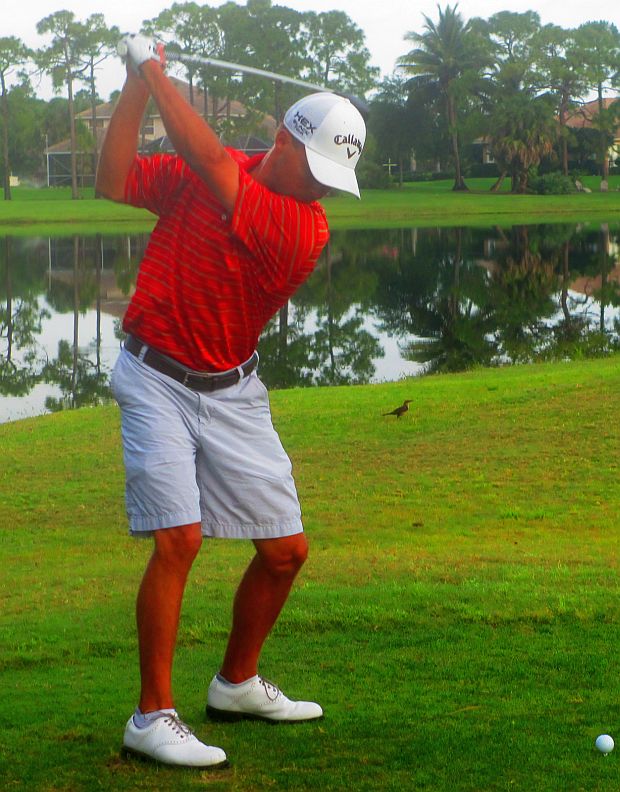 PALM BEACH GARDENS, Fla. – Eric Cole of Orlando birdied the last two holes Monday to pull away for his 16th victory on the Golfslinger.com Tour. Cole fired a six under par 66 on the Estate course at PGA National to beat Mike Kartrude of Royal Palm Beach by two shots.

Golfslinger’s 39th tournament of the year drew 31 entries. Canadians Ben Silverman and Keegan Tyers did not play. Silverman beat Tyers on the first extra hole after they tied at 67 in a similar event at the same venue last Friday.

Golfslinger has its second “major” of the season Wednesday and Thursday at Abacoa GC in Jupiter. The winner is guaranteed $10,000 at 55 or more players.

40% Payout. PGA Estates is located 7 miles west of I-95 on Northlake Blvd in Bay Hill Estates