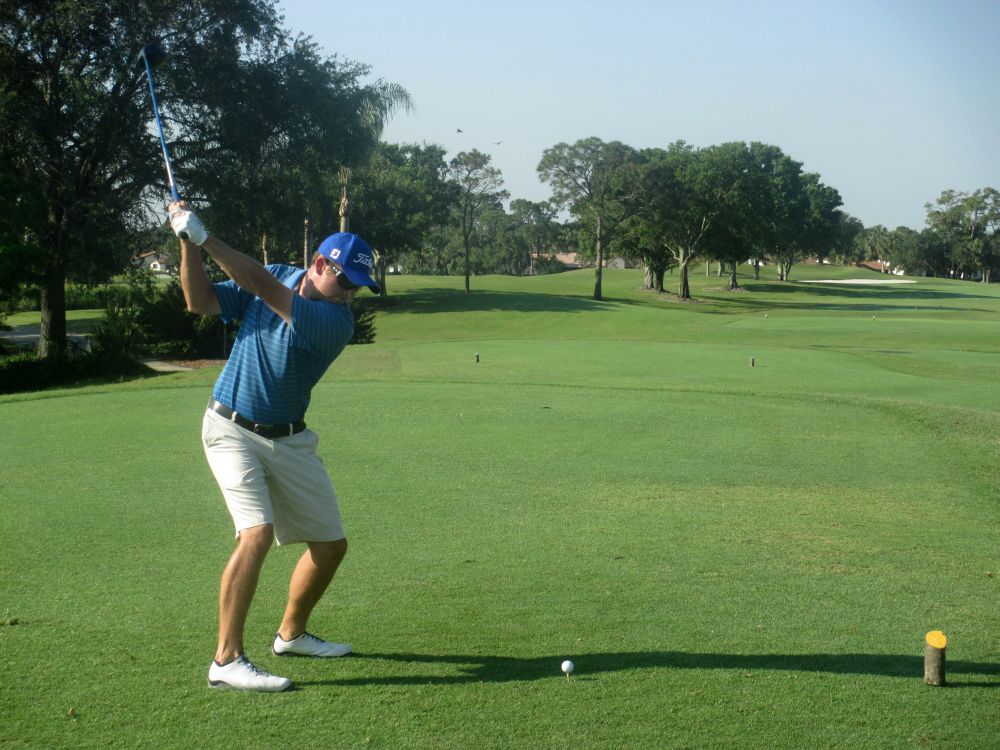 PALM CITY, Fla. – Dan McCarthy of Syracuse, N.Y., birdied five of his last eight holes of regulation and the first playoff hole Thursday to score his 25th victory on the Golfslinger.com Tour. McCarthy edged Jimmy Lytle of Ocean Ridge after they tied at seven under par 64 on the Osprey Creek course at Martin Downs Country Club.

In regulation Thursday, McCarthy birdied the fourth and sixth holes to turn in 33, then came back with birdies at Nos. 11, 13, 15, 17 and 18. After a bogey at the par-4 third hole, Lytle birdied the next five holes, then the 11th, 13th and 18th on the back. McCarthy had teed off more than an hour later that Lytle.