BOYNTON BEACH, Fla. – Eric Beringer of Philadelphia fired a five under par 67 Monday for his second victory on the Golfslinger.com Tour, the first with a full set of his own clubs.

Beringer’s first Golfslinger win was on March 17 at Fountains CC with a set of irons borrowed from tournament director Jimmy Jones. Beringer had forgotten to pick up his clubs from Old Marsh where he left them over the weekend to be re-gripped. He still had an old putter and some woods in the trunk of his car he could use.

The 91st tournament of the year drew 20 starters. Two events remain on the schedule this month, Wednesday at Martin Downs and Monday at TPC Eagle Trace. 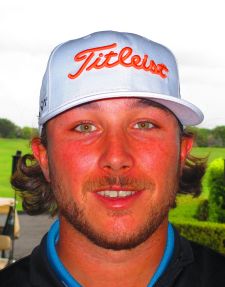