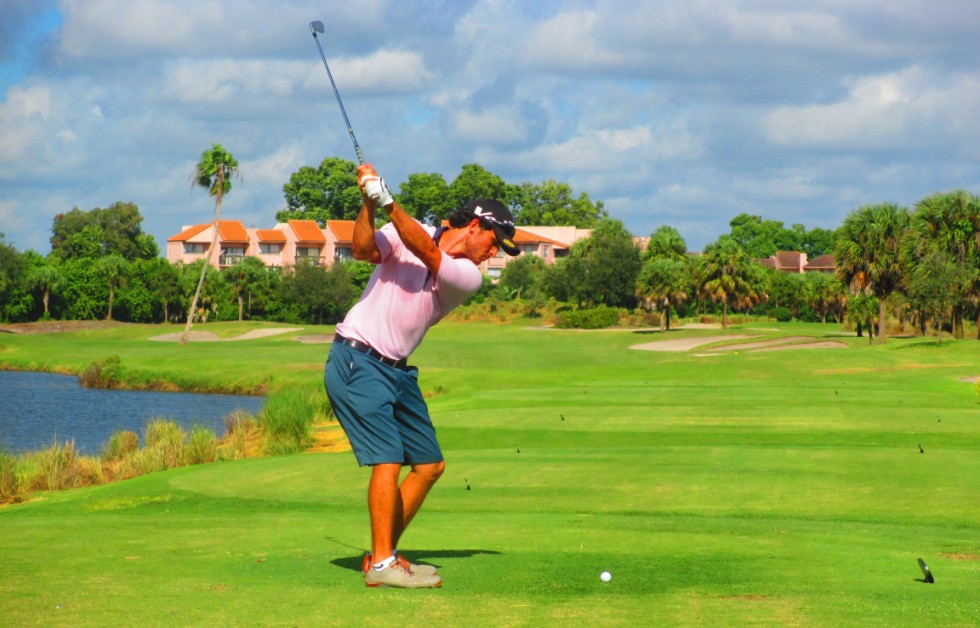 WEST PALM BEACH, Fla. – Jimmy Lytle of Ocean Ridge birdied the final hole for a one-stroke win Monday at President Country Club and extended two career records he holds on the Golfslinger.com Tour. Since he joined Golfslinger in July, 2006, it was his 41 victory and the $510 check he received boosted Lytle’s earnings to $157,465.

Lytle shot three under par 68 with five birdies and a double bogey at the par-3 11th hole. Nathan Stamey of Bluffton, S.C., shot 69 with birdies at 17 and 18 to finish second among 14 starters. Overall, Stamey had five birdies and three bogeys and collected $400. It was just the sixth Golfslinger start for Stamey, his first since December, 2012.