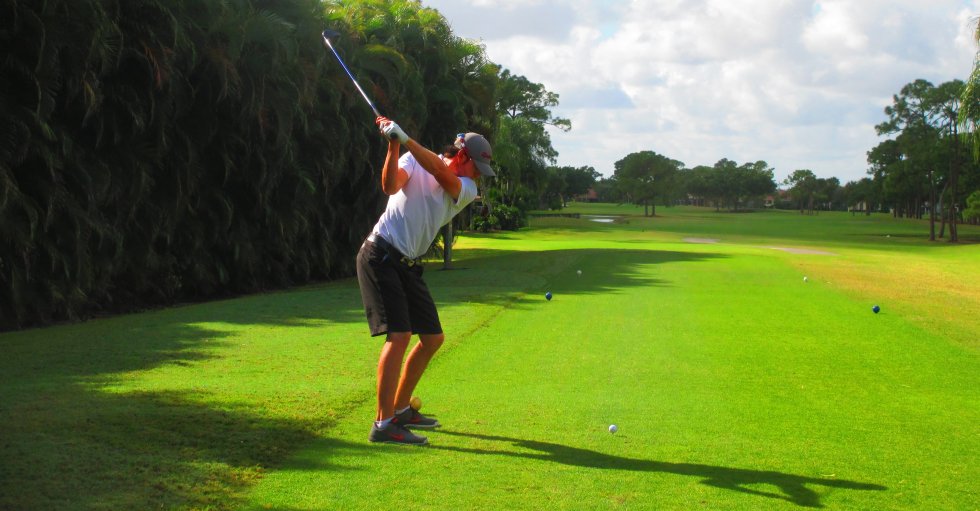 LAKE WORTH, Fla. – Alejandro Garmendia of Weston edged Kristian Caparros of Hollywood on the second extra hole of an all-Broward playoff Monday on the Minor League Golf Tour.

After they tied at five under par 67 on the South course at Fountains Country Club, Garmendia and Caparros matched par-5s on the first hole, then the former sank a 15-foot birdie putt at the par-3 second. Moments later, Caparros missed a 12 footer to halve the hole extend the playoff.

In regulation, each eagled the par-5 12th hole and made four birdies and a bogey. It was the sixth MLGT win for Garmendia who received $700 from the $3,375 purse. Caparros, second among 25 starters, collected $550. He has two career MLGT titles.