PARKLAND, Fla. – Andrew Mason of Huntingdon Valley, Pa., won for the second time in 10 days on the Minor League Golf Tour with a par on the third playoff hole Monday (Feb. 23) at Parkland Country Club.

Mason outlasted Jimmy Lytle of Ocean Ridge after they tied at four under par 68 in the MLGT’s first visit to Parkland CC in northwest Broward County. Both birdied the par-5 first hole and matched par-3s at the second. At the third, Mason won with a two-putt par 4 from 20 feet after Lytle missed his par putt.

Mason earned his first MLGT title on Feb. 14 on the North course at Fountains CC. Coincidentally, it was the second straight runner-up finish for Lytle, who tied for second Feb. 19 at Winston Trails GC. He is the career leader with 43 wins since the MLGT started in August, 2004.

The start of play was delayed almost 60 minutes due to fog. 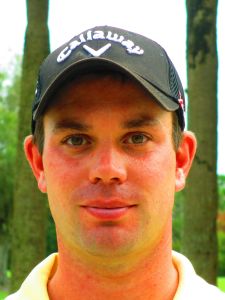