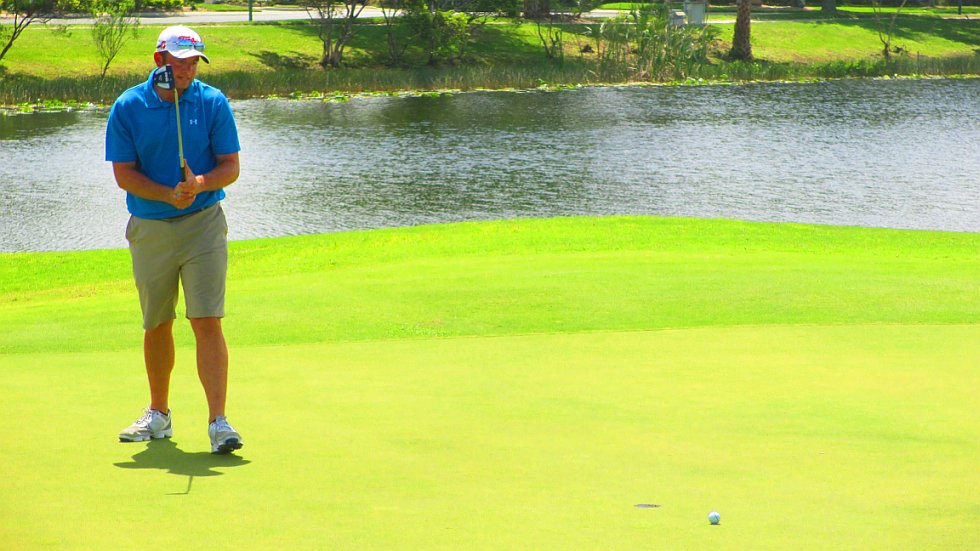 STUART, Fla. – Dan McCarthy fired a seven under par 65 on Wednesday at the Champions Club to claim his 31st victory on the Minor League Golf Tour. McCarthy, 30, made seven birdies in a nine hole stretch before his only bogey of the day at the par-3 17th, which did not prove costly as he won by two strokes.  He just missed (pictured above) what would have been his 9th birdie at the final hole.

Derrick Bohannon of Shelbyville, KY tied for 2nd place with Max Gilbert of St-Georges, Quebec, Canada. Both players shot 5-under par 67. Jordan Elsen of Kenosha, WI finished solo 4th with a 4-under par 68.

The MLGT’s 30th tournament of the year drew 29 starters.