Steve LeBrun wins playoff to get back in the winner's circle
Amateur Jonah Wasserstrom led event all day until a late birdie from LeBrun forced a playoff
Monday, May 11, 2015 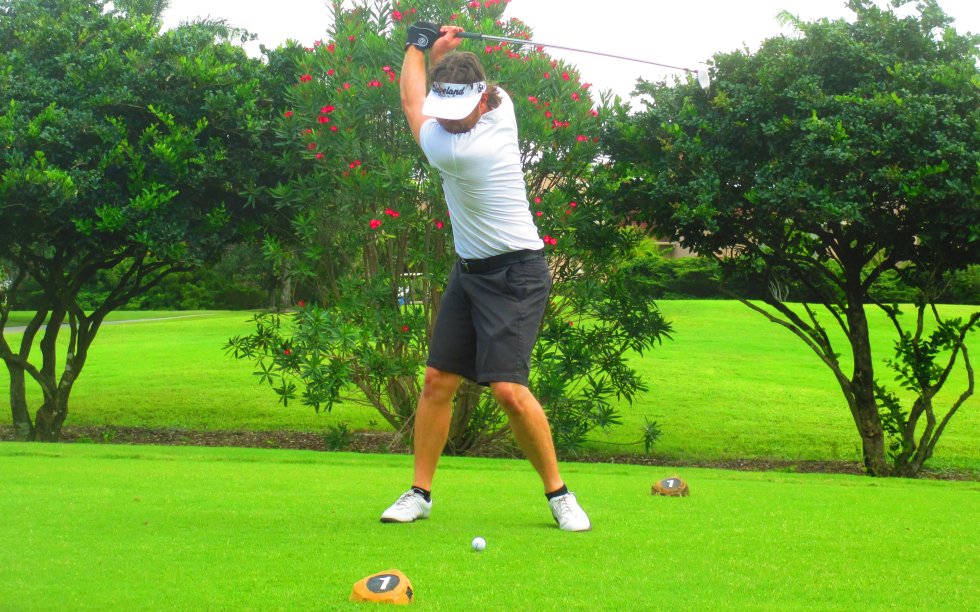 PLANTATION , Fla. – Steve LeBrun of West Palm Beach returned to the Minor League Golf Tour Monday and won for the 39th time despite making a double bogey on his first.

LeBrun beat Hollywood, FL amateur Jonah Wasserstrom in a playoff on the East course at Jacaranda Golf Club after they tied at one under par 70. In the playoff, Wasserstrom’s second shot at the par-4 first hole plugged into a greenside bunker and he made bogey, LeBrun winning with a two-putt par from 40 feet. After his early double bogey, LeBrun had four birdies and a bogey. Wasserstrom made three birdies and two bogeys.

LeBrun collected $480 to raise his career MLGT earnings to $119,894.88 since August, 2007. Wasserstrom received a $300 gift certificate. A graduate of John I. Leonard High School and Florida Atlantic University , LeBrun, 36, has played on the PGA and Web.com tours in recent years but has been undergoing therapy for a back injury the past four months.

The MLGT’s 48th tournament of the year drew 11 players and returned $1,200 in cash and merchandise prizes. Next on the schedule: Thursday at Winston Trails GC, Lake Worth , and Monday at Inverrary CC, Lauderhill.