Steve LeBrun birdies first playoff hole for back to back wins!
Paul Scaletta birdied #18 to shoot 67 and force a playoff, Brian Anderson finished 3rd with 68
Thursday, May 14, 2015 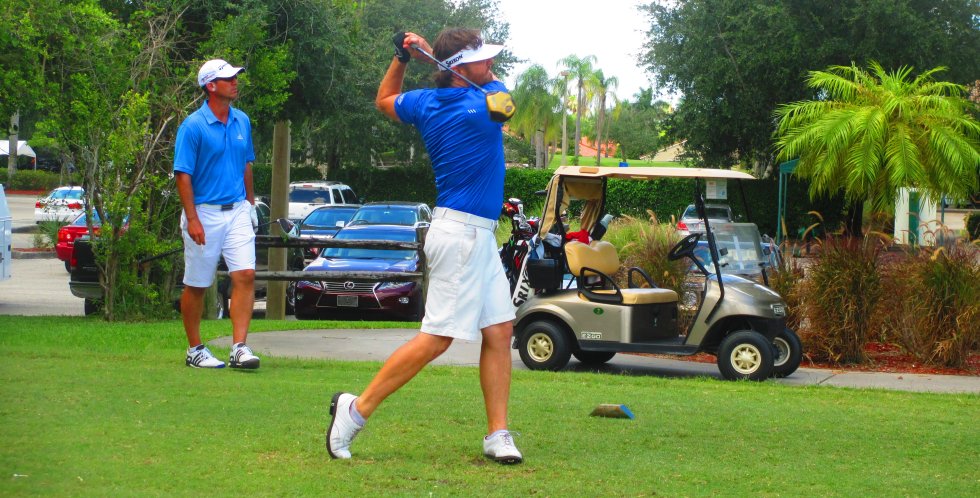 LeBrun sank a six-foot birdie putt on the first extra hole Thursday to outlast Paul Scaletta after they tied at five under par 67 at Winston Trails Golf Club. Moments earlier, Scaletta had missed his birdie putt from about 30 feet.

On Monday, LeBrun won with a two-putt par on the first playoff hole on the East course at Jacaranda Golf Club in Plantation to squeeze past Hollywood, FL amateur Jonah Wasserstrom. They had tied at one under 70 in regulation.

LeBrun now has 40 victories and MLGT career earnings of $120,369.88 since August, 2007. He is currently trying to play his way back into condition for a return to the Web.com Tour after missing the last four months with a back injury. LeBrun was a member of the 2013 PGA Tour.

In regulation Thursday, LeBrun made five birdies, Scaletta six birdies and a bogey. LeBrun collected $475, while Scaletta, an Assistant Professional at The Bear’s Club in Jupiter, received $325, from the $1,190 purse.

The 49th MLGT tournament of the year drew 10 starters. Next on the schedule: Monday, Inverrary CC, Lauderhill ; May 21, The Falls CC, Lake Worth; and May 27-28, Martin Downs CC, Palm City.