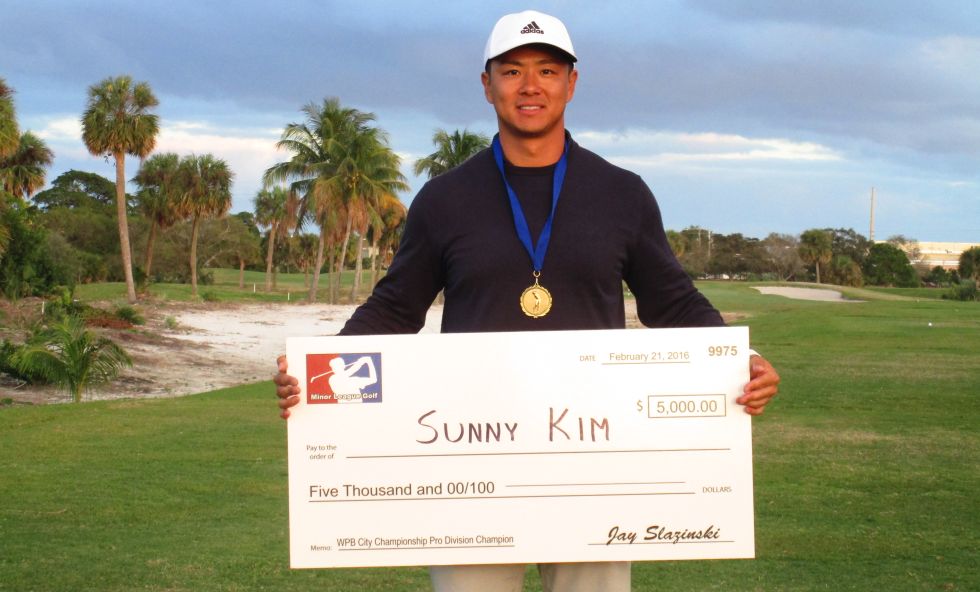 WEST PALM BEACH, Fla. - Sunny Kim from Queens, NY finished strong with 5 birdies on the final nine holes to win the Professional Division of the West Palm Beach City Championship. Kim entered the final round 2 shots behind overnight leader Carl McCauley. Sunny made a birdie and a bogey on the front nine but then pulled ahead with his 5-under par 32 on the final nine holes. Kim's 36 hole total of 131 (64-67) was good for a 3 shot victory over 2 players.

Chris DeForest from Daniel Island, SC and Aaron Sherry from Ft. Myers, FL tied for 2nd at 10-under par 134. Both players had make-able eagle putts on the par 5 18th hole to get to 11 under par and apply pressure to Kim but both narrowly missed and tapped in for birdie.

There was 1 skin out each day worth $500 each. On day 1 Adam Hart made birdie on the difficult par 3 seventh hole. On day 2 Mitchell Gregson made birdie on the par 4 15th hole. Click on any of the $ signs under the skins column for the hole by hole skin results. 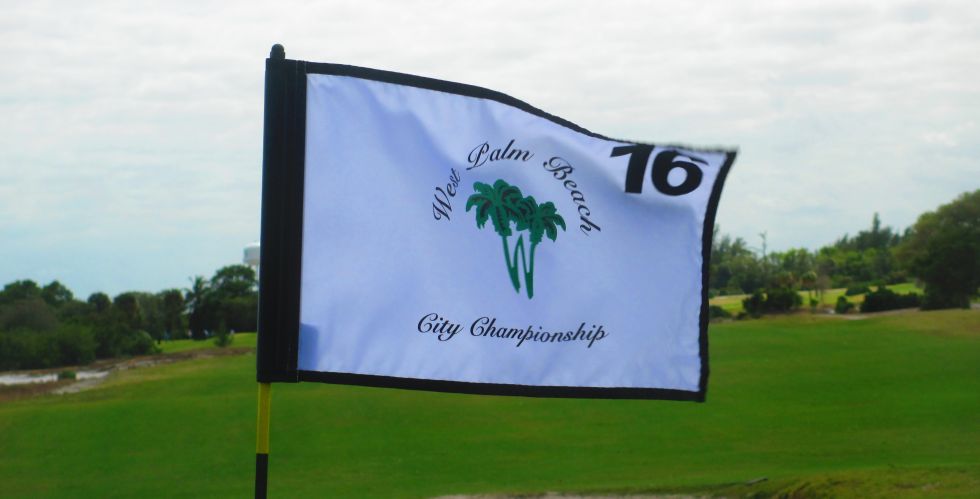 West Palm Beach Golf Club hosted the PGA Tour's West Palm Beach Open in the 1950's and 60's. A few of the past champions include Arnold Palmer, Gay Brewer, and Gardner Dickinson.

Carl McCauley ties course record of 62, leads by 2 shots
Chris DeForest and Sunny Kim are tied for 2nd after opening rounds of 64

WEST PALM BEACH, Fla. - Carl McCauley from Parkland, FL made 8 birdies and an eagle to tie the course record of 62 at West Palm Beach Golf Club Saturday during the first round of the West Palm Beach City Championship Professional Division.

The other owner of the course record is Minor League Golf Tour member Mike Kartrude. Kartrude shot 62 during the Palm Beach County Golf Association Public Links tournament in 2010 when he was an amateur. He turned professional in 2013 and has won 4 times on the MLGT.

Chris DeForest from Kingston, NY and Sunny Kim from Queens, NY both fired 8-under par rounds of 64 and sit just 2 shots behind McCauley heading into Sunday's final round.