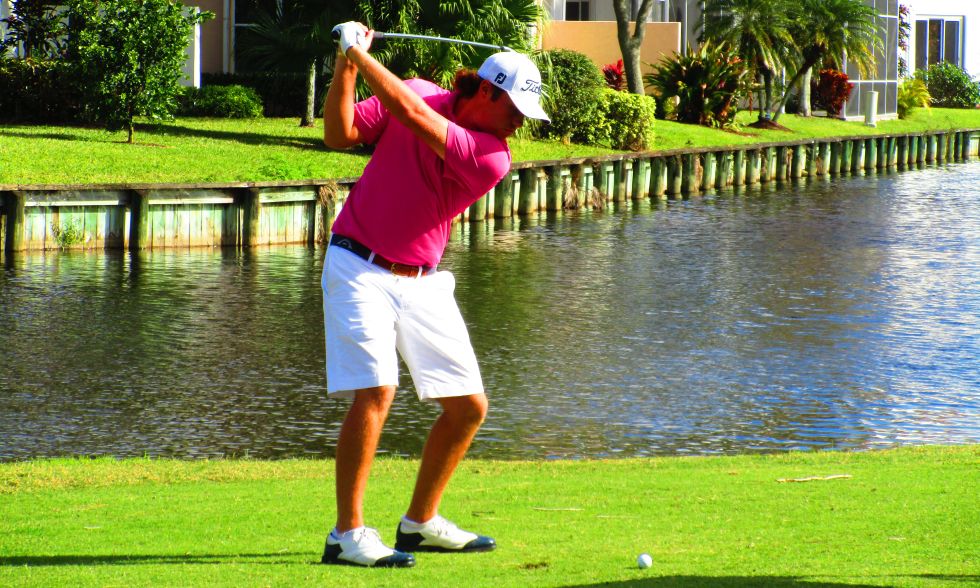 LAKE WORTH, Fla. – Mike Miller of Brewster, NY, birdied the first playoff hole Thursday for his first victory on the Minor League Golf Tour. After four players posted three under par 69's on the South course at Fountains Country Club, Miller won with a three-foot putt on the first hole of the sudden death playoff. He was the only one to reach the green at the par-5 first hole in two.

In regulation, Miller and Eric Cole of Orlando, FL, each made four birdies and a bogey, Kristian Caparros of Hollywood, FL, had six birdies and three bogeys, and Jordan Elsen of Kenosha, WI, scored seven birdies and four bogeys. Cole and Caparros both birdied the 18th, Elsen bogeyed the final hole.

The victory highlighted a remarkable start on the MLGT for Miller. This was his sixth outing since Feb. 23. He shot 71 his first three times, finishing with ties for 11th, 13th and 9th. On March 3, he had 76 and missed the money, then a 67 Wednesday to finish second by a stroke before winning Thursday.