WEST PALM BEACH, Fla. – Nate McCoy of Ankeny, IA, outdueled Mitchell Gregson of Waterloo, IL, early in the day, then both had to wait nearly two hours to see if anyone could do better Wednesday in Minor League Golf Tour play at West Palm Beach Golf Club.

It was McCoy’s seventh MLGT start, all since January, and his first win. He received $800 from the $4,740 purse, boosting his career earnings to $2,275. Gregson collected $550 for his second place finish. He has two career MLGT victories in the past two and a half years. 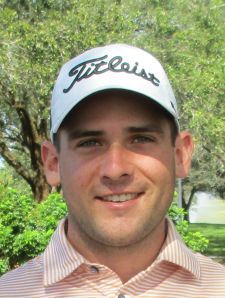