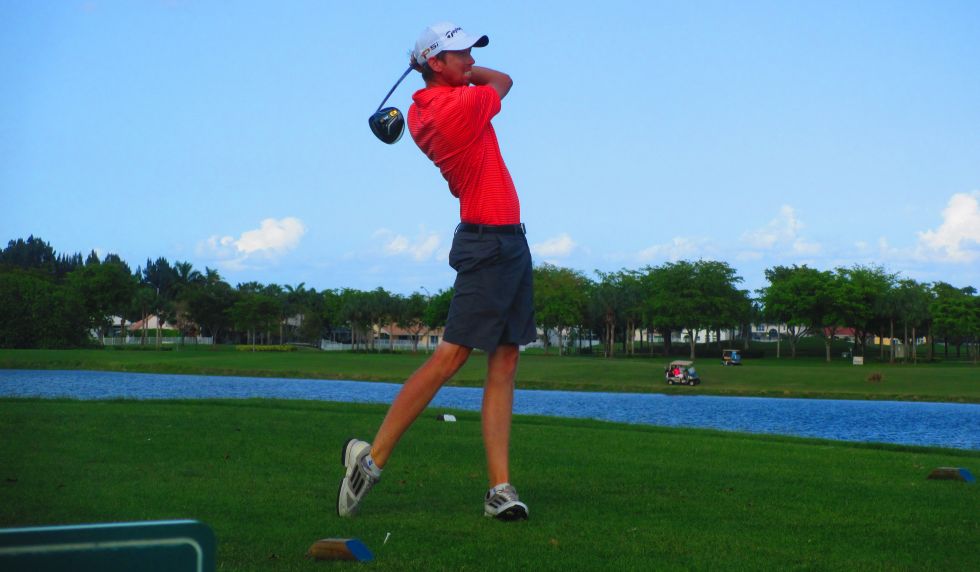 LAKE WORTH, Fla. – Jon McLean of Weston, FL, claimed his ninth victory on the Minor League Golf Tour in a playoff Monday at Winston Trails Golf Club. McLean two-putted for par on the second extra hole to outlast Clint Keown of Evansville, IN, and Charlie Harrison of Atlanta, GA, after they tied at five under par 67.

All three made par-4s on the first extra hole. At the par-4 second, Harrison hit his tee shot out of bounds. Keown reached the fringe in two, some 30 feet from the hole. McLean was also on in two, hitting his first putt from 15 feet to tap-in range and won when Keown missed a comeback 12-foot par putt. Harrison also bogeyed the hole.

In regulation, McLean and Keown each made an eagle, four birdies and a bogey. Harrison overcame a double bogey on his first hole of the day with seven birdies. Harrison has one career MLGT win, Keown still looking for his first.