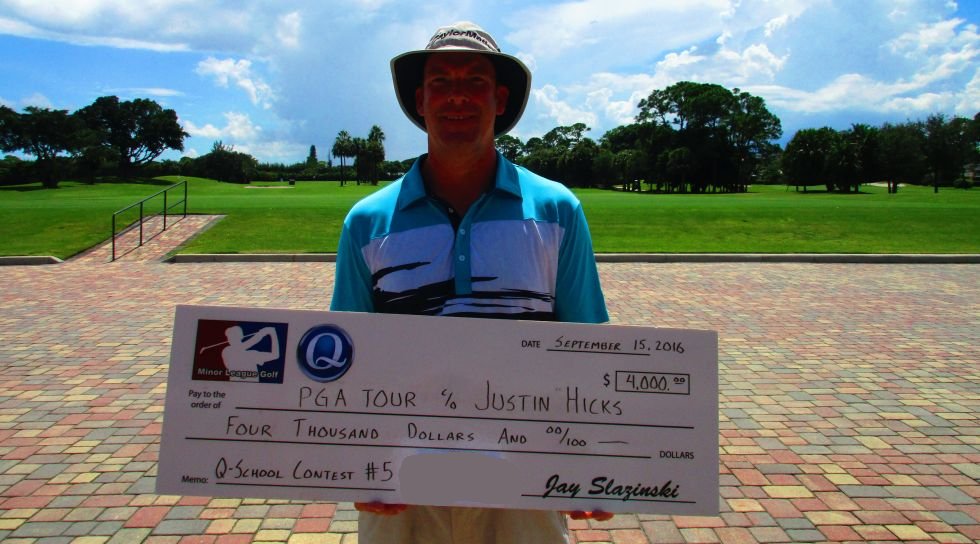 Hicks finished in a tie for 5th in the first 2-day event at PGA National Fazio with a 6-under par total of 138 (70-68). Justin shot a 5-under par 67 in the third round at Seagate Country Club and entered the final round 5 shots behind (-11) overnight leader Lee McCoy (-16). Through 71 holes Hicks and McCoy were deadlocked at 17 under par. Hicks playing in the second to last group hit his approach shot to 17 feet on the par-4 18th hole. He made the putt with McCoy, in the final group, watching back in the fairway. With McCoy knowing he needed birdie to tie he hit a clutch second shot to 10 feet and ran the putt right in the back of the hole to force a sudden death playoff.

Both Hicks and McCoy birdied the first playoff hole (the par-5 first hole). They exchanged pars at the 2nd and 3rd playoff holes. On the 4th playoff hole (par 4) Hicks hit it 10 feet pin high right of the hole from the fairway bunker. McCoy was next and hit his second shot to 15 feet right below the hole. McCoy's birdie bid just missed on the left side of the hole leaving the door open for Justin. Hicks knocked his birdie putt in earning the victory and his Web.com Q-School entry fee paid by the Minor League Golf Tour.

Lee McCoy finished 2nd in the Q-School contest so the Minor League Golf Tour will pay $1,000 of his 2016 Web.com Q-School entry fee. 25 players participated in the $200 Web.com Q-School contest creating a prize pool of $5,000. Because Justin Hicks is exempt into second stage at Q-School, his entry fee will be $4,000. The remainder of $1,000 went towards the 2nd place finishers Q-School entry fee. 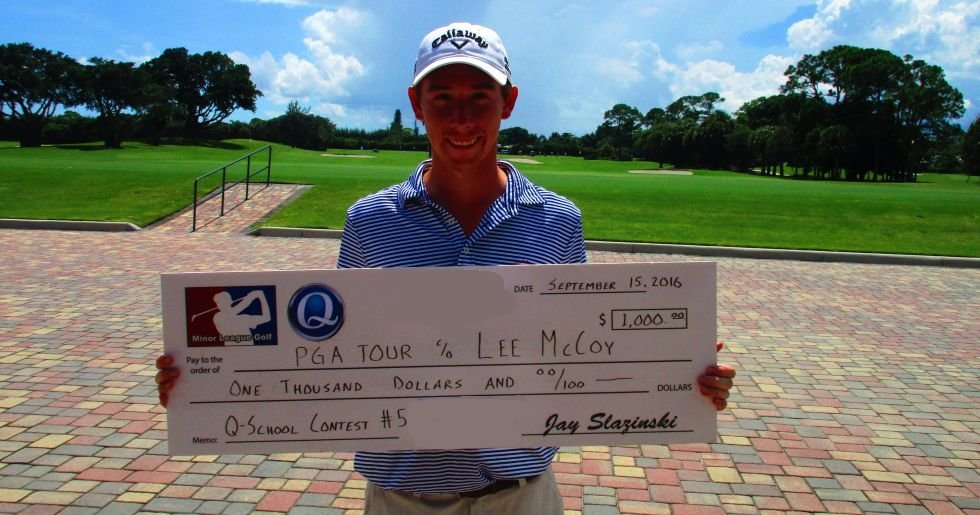 A big thank you goes out to PGA National and Seagate Country Club for being such great host venues for this event.

The player with the lowest 4 day total score will win a full paid entry into 2016 Web.com Q-school. *Must enter contest and play both 2-Day events to be eligible to win the contest. Winner will be reimbursed after competing in their 1st qualifying stage. 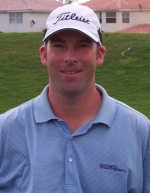 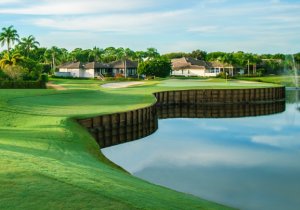