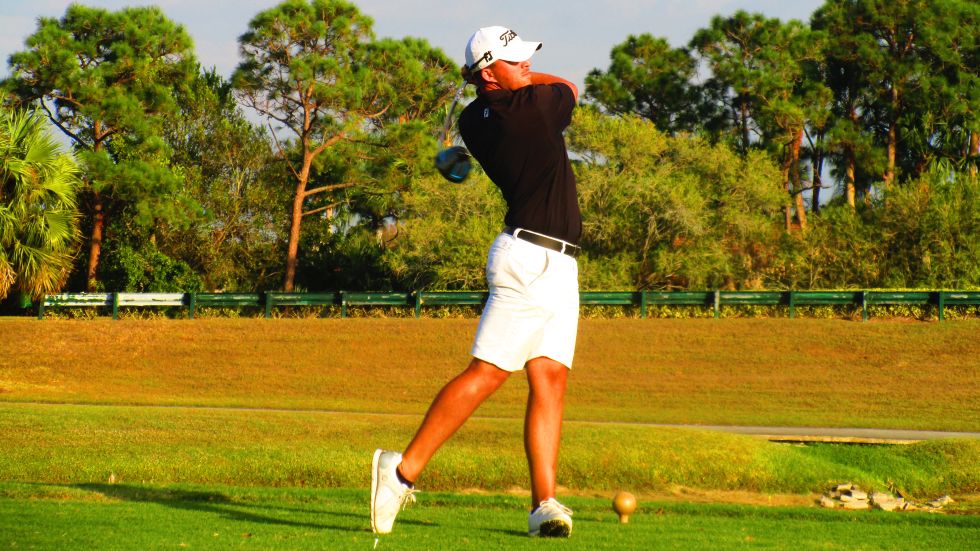 PALM CITY, Fla. – Brad Miller of Timonium, MD, finished with a flourish in both rounds to win for the second time on the Minor League Golf Tour. Miller, 26, shot 65-67-132 on the Osprey Creek course at Martin Downs Country Club. He closed with birdie, eagle, par Wednesday for 65 and a share of the first round lead, then birdied 14, 15, 17 and 18 Thursday to win by two strokes.

He received $2,000 from the $11,210 purse, raising his career MLGT earnings to $10,054 in sporadic appearances since January, 2014. His only previous victory was with Josh Hart of Jupiter, FL in a 27-hole team tournament late last year at the par-3 Jupiter Dunes Golf Club.

In the Web.com Q-School contest, Jamie Sindelar of Horseheads, NY, sank a 20-foot birdie putt on the first extra hole Thursday to edge Miller after they tied at six under par 278 over 72 holes. Thus, Sindelar will have his entry fee paid into the 2017 Web.com Tour qualifying school later this year. The son of Joey Sindelar, a past winner on both the PGA and PGA Champions tours, Jamie shot 74-66-140 Monday and Tuesday on the Estate course at PGA National, 68-70-138 here. Miller had 77-69 at PGA National. In the playoff Thursday, Miller missed the green at the par-4 first hole, chipped to about a foot moments before Sindelar made the birdie. In regulation, playing in the same threesome, both birdied the 18th hole, Sindelar from 35 feet, Miller from 6 feet.

The ninth tournament of the MLGT's 14th season drew 43 entries. Two events are scheduled next week in Broward County, Monday at Parkland CC and Thursday-Friday at the CC of Coral Springs.

R. Kong (a), B. Smith and B. Miller lead Q-School Finale with 65's
Jamie Sindelar leads the Q-School contest by 3 over 3 players with 1 day to go

Brandon Smith's day was highlighted by a hole in one on the par-3 11th hole. It was playing 177 yards and he knocked a 7-iron right in the hole. Smith won the Minor League Golf Tour money list in 2016 earning $42,102.

Wednesday at Martin Downs Country Club was the 3rd round of the Web.com Q-School contest. Jamie Sindelar started the day 2 ahead and shot 68 to extend his lead to 3. He is -5 through 3 rounds and 3 ahead of Brad Miller (-2) and 4 ahead of a trio of players at -1. 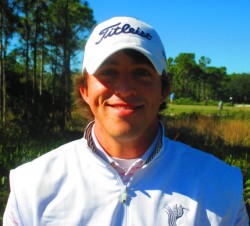