PALM BEACH GARDENS, Fla. – Ulric Francis of Antigua, playing in the second to last group on Monday, fired a five under par 66 for his first victory on the Minor League Golf Tour. Francis made three birdies on each nine and bogeyed the par-4 seventh hole on the Estate course at PGA National.

Players with contrasting backgrounds on the Jupiter-based mini-tour tied for second at 67 – Jimmy Lytle of Ocean Ridge, the MLGT career leader with 58 victories and earnings of $220,538, and Oscar Fraustro of Mexico City, who has one win in nine starts since Feb. 6. Lytle had a bogey-free round with four birdies, Fraustro, five birdies and a bogey. Each received $440.

Palm Beach Gardens amateur Jalen Ledger tied for fourth with 68 on six birdies and three bogeys. It was his first start since winning last August on the Rees Jones course at Breakers West.

The MLGT has a 36-hole tournament scheduled Wednesday and Thursday at Atlantic National GC west of Lantana.

40% of the field earns a check. PGA Estates is not at the Main PGA National Campus. It is about 8 miles west of I-95 off Northlake Blvd. 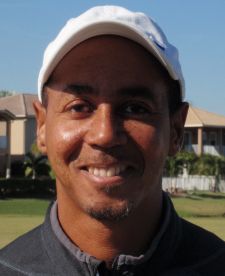