Brad Adamonis wins by three with a bogey free 65 at The Evergreen Club
Jack Whelan 2nd at 68 followed by Nick Latimer in 3rd at 70
Tuesday, April 10, 2018 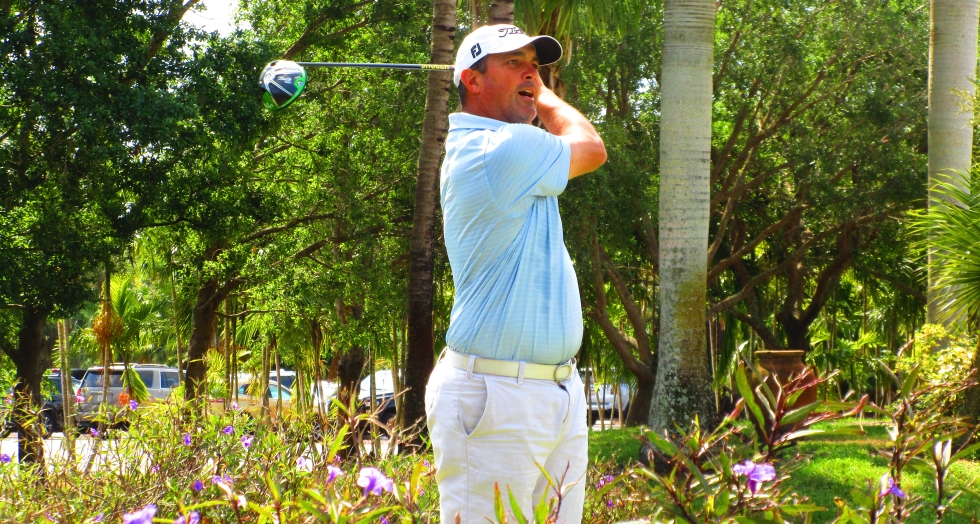 PALM CITY, Fla. – Brad Adamonis of Coral Springs, FL, did not make a bogey Tuesday as he won for the 20th time on the Minor League Golf Tour. Adamonis made five birdies and eagled the short, 493-yard, par-5 third hole enroute to a seven under par 65 at The Evergreen Club, winning by three strokes.

Jack Whelan of Jupiter, at 24 young enough to be Adamonis’ son, was second at 65 on six birdies and two bogeys. Still looking for his first MLGT victory, Whelan tied for second in the tour’s visit to Evergreen in February.

Click here to watch a video of Brad Adamonis in action

The MLGT’s 38th tournament of the year drew 19 starters. Next on the schedule is another 18-hole event, Thursday at nearby Monarch CC.