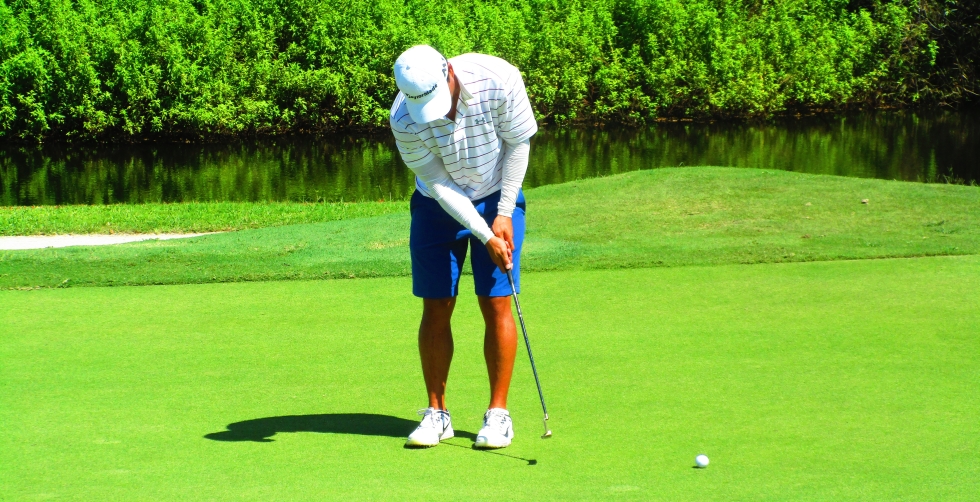 Tied for second at 69 were Jamie Sindelar of Horseheads, NY, whose fifth birdie of the day was at the par-4 18th hole, and Steve LeBrun of West Palm Beach, FL, who overcame a double bogey at the par-4 15th. Each collected $380 plus bonuses.

Four players chose to enter an optional $100 3-day cumulative bonus pool where the scores from all three 1-day events this week count towards the leaderboard. 100% of the entry fee goes into the purse with the top 33% earning a check. Jamie Sindelar won $300 for the low 54-hole score this week, at 202. He shot 67 Monday to tie for third at Atlantic National GC and 66 while winning Tuesday at Abacoa GC. 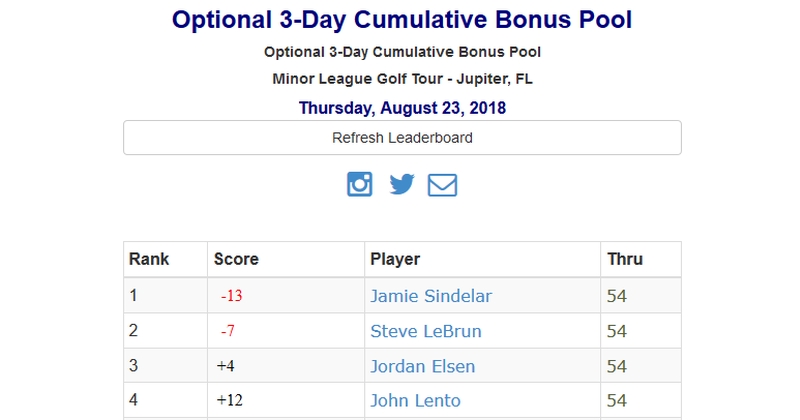