Matt Harris fires a bogey free 65 at Indian Spring to earn his first win on the MLGT
David Sanders and Paul Park tie for 2nd at 68
Monday, October 1, 2018 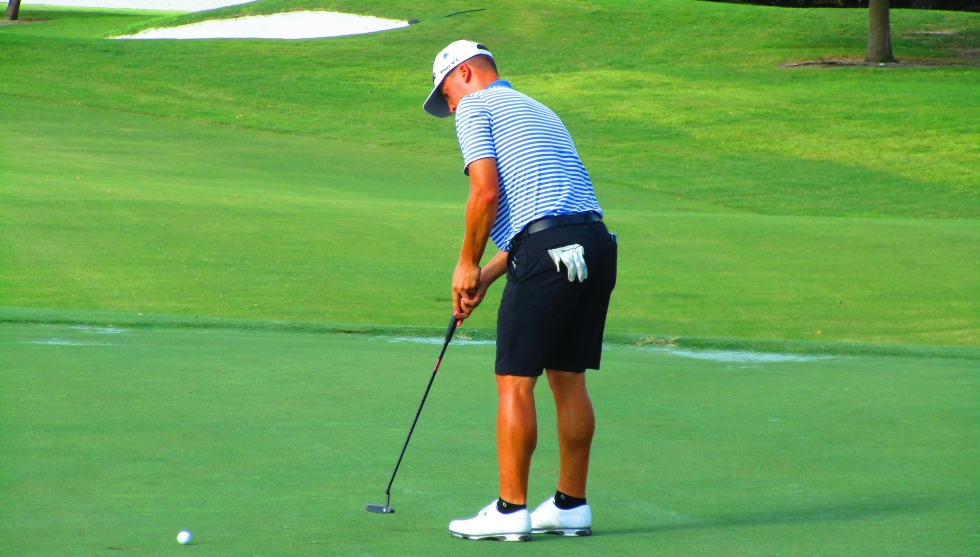 BOYNTON BEACH, Fla. – Matt Harris of Lexington, KY, and West Palm Beach, FL, birdied the last two holes Monday to ensure his first victory on the Minor League Golf Tour. An errorless seven under par 65 on the East course at Indian Spring Country Club gave Harris a three-stroke advantage over the 18-player field. He also birdied Nos. 1, 4, 10, 12 and 14 and did not have a bogey.

10 players chose to enter the optional 3-day cumulative bonus pool where scores from all three 1-day events this week count towards. The entry fee was $100 and 100% of the entries go into the purse creating a prize pool of $1,000. Here is the leaderboard after the first event. 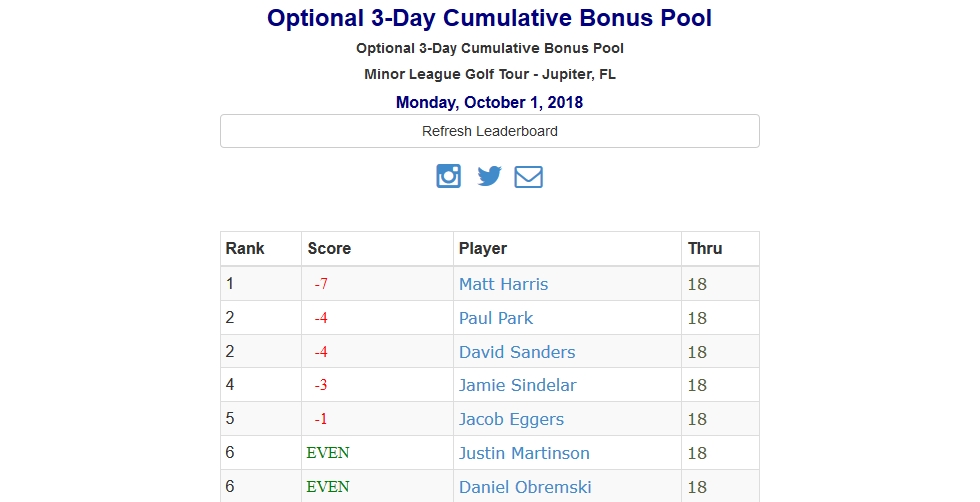 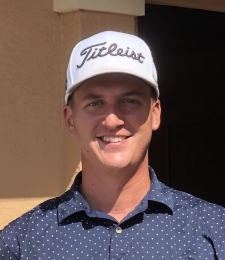