Aaron Wilson birdies the final hole to win by one at Indian Spring CC
Amateur Ryder Sutcliffe 2nd at 68 followed by Trevor Sluman and Alex Vogelsong (a) at 69
Sunday, February 17, 2019 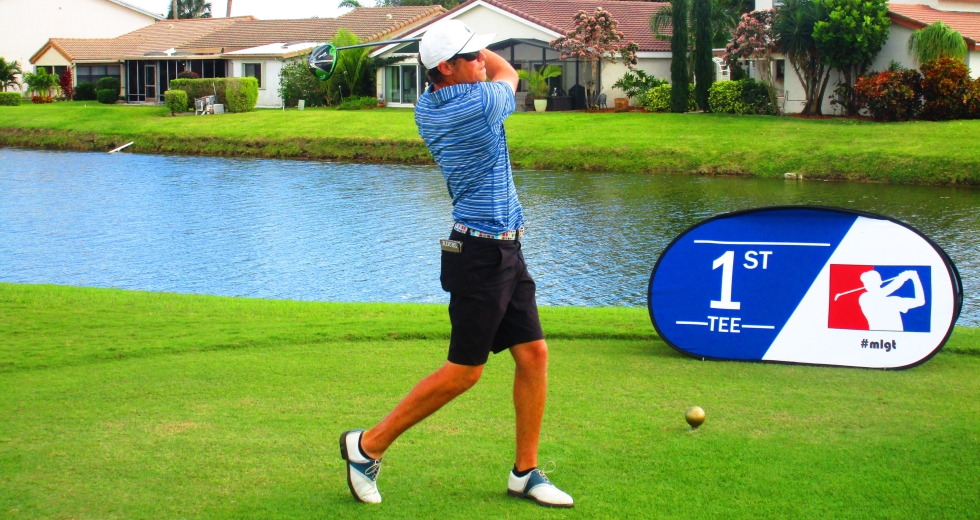 Wilson made seven birdies and a pair of back nine bogeys for his second MLGT win in two months, the first coming Dec. 12 on Fountains CC’s West course in nearby Lake Worth. He earned $1,000 from the $5,835 purse.

Earlier in the day, Sutcliffe had closed with birdies at 17 and 18 and just missed becoming the 31st amateur winner on the MLGT since February, 2008. Second among 44 entries, Sutcliffe finished with three birdies and a bogey on each nine, collecting a $662.15 gift certificate to the PGA Tour Superstore.

A big thank you to Indian Spring Country Club and it's members for hosting today's event just 4 days before they host pre Qualifying for the Honda Classic On Thursday 2/21. Good luck to all MLGT players that are competing in the pre qualifier.

50% of the field earns a check. EAST COURSE. Come play a 1-day tournament on the course that is hosting the Honda Classic Pre Qualifier on Thursday February 21. You do not have to be playing in the Pre Qualifier to play in this event.