Sunny Kim wins the 2019 Kickoff at Fountains CC in a playoff over Mike Miller
Both men tied in regulation at 4-under par 67 on the west course
Wednesday, January 2, 2019 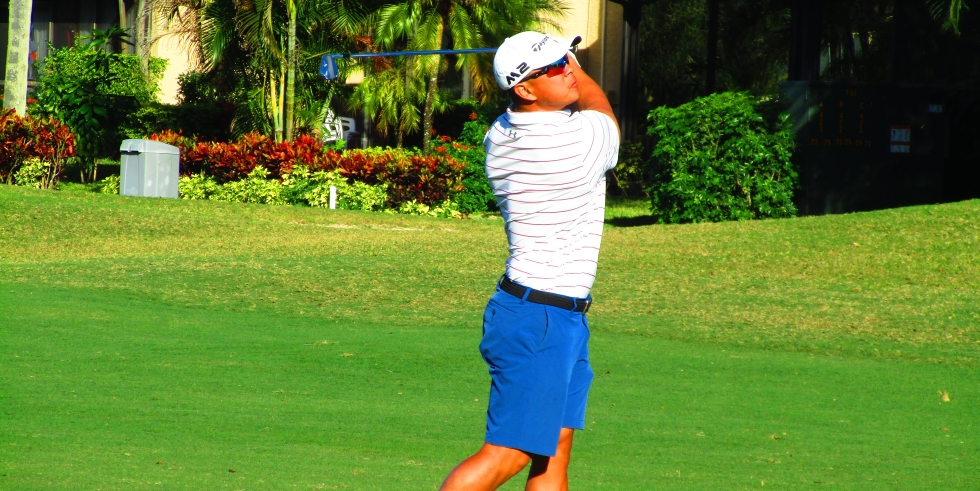 LAKE WORTH, Fla. – Sunny Kim of Queens, NY, lost two strokes on the final hole of regulation Wednesday, then sank a 10-foot par putt on the first extra hole to open the 16th season of the Minor League Golf Tour with a victory. Kim outlasted Mike Miller of Brewster, NY, in a duel of Metropolitan New Yorkers after they tied at four under par 67 on the West course at Fountains Country Club.

Kim made three birdies on each nine but the last of his two bogeys on the day was at the par-4 18th hole. Miller finished with birdies at 17 and 18, seven altogether, and three bogeys. Then in the playoff, both missed the green at the par-4 first hole, Kim chipping to 10 feet, Miller to 5; Kim made his par and Miller missed his shorter attempt.

Miller earned good status on the 2019 Web.com Tour at Q-School last month and is heading to the Bahamas next week for the first Web.com event of the year. Good luck this year on the Web.com Tour Mike!

Fountains-West will host a pre-qualifier Feb. 14 for the PGA Tour’s Honda Classic at the end of February. The MLGT has three one-day tournaments next week: Monday, Parkland CC; Wednesday, Abacoa GC, Jupiter; and Thursday, Jupiter CC.

50% of the field earns a check. WEST COURSE. Come play a tournament on the course that is hosting pre-qualifying for the Honda Classic on Thursday 2/14.