Ian Facey fires a bogey free 64 at Abacoa GC to earn his first MLGT win
Piri Borja and Eric Cole are tied for the lead in Monday Q Contest #8 after day one
Tuesday, October 8, 2019 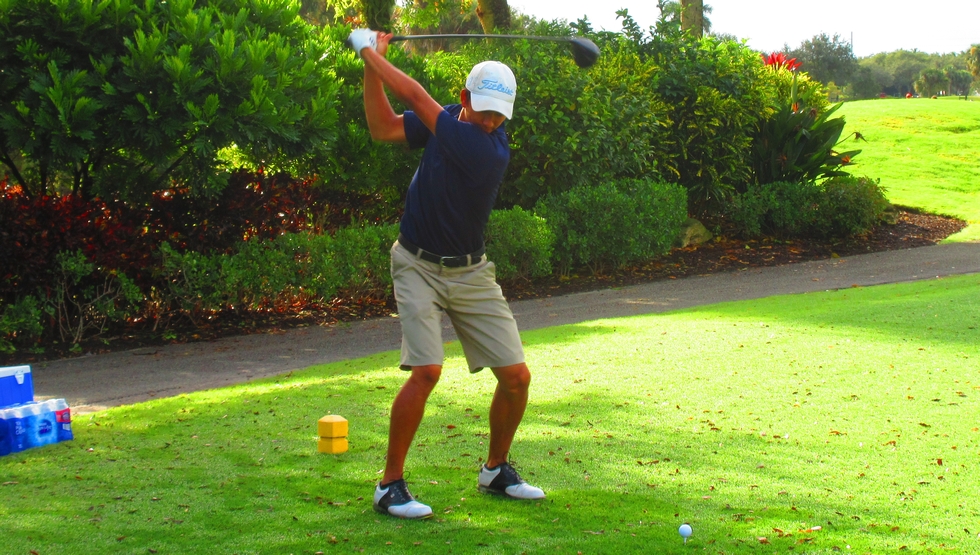 JUPITER, Fla. – Ian Facey from Miami, FL out-dueled two Minor League Golf Tour veterans Tuesday for his first victory on the Stuart-based mini-tour. Facey, 26, sandwiched an eagle at the par-5 10th hole with three birdies on each nine for an eight under par 64 at Abacoa Golf Club. He received $900 from the $4,850 purse.

In the MLGT’s 100th tournament of the year, and No. 1,726 since starting in August, 2004, Eric Cole of Delray Beach, FL and Piri Borja of Coral Springs, FL tied for second among 39 starters with 67's. Cole had an eagle, four birdies and a bogey, Borja five birdies. They have 47 and 8 MLGT titles, respectively.

Today's event was round one of Monday Qualifier Contest #8 presented by Abacoa Golf Club. Facey will not be competing in tomorrow's event so Borja and Cole are tied for the lead at -5 with two events to go. The player with the lowest three day score after Thursday's event at Atlantis Country Club will win a $1,000 bonus to compete in a Monday qualifier on the PGA or Korn Ferry Tour. 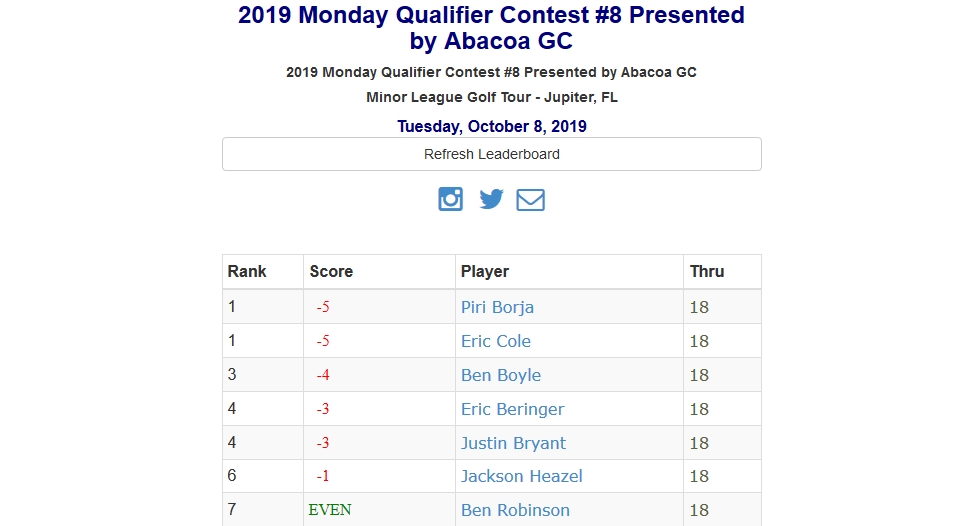 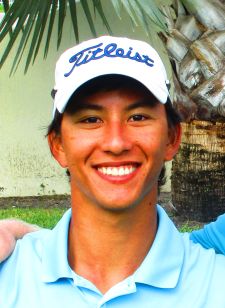